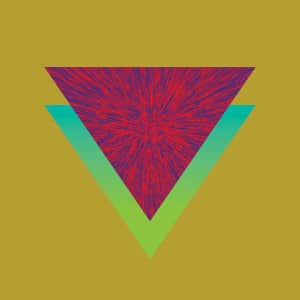 There is a lot we do not know about Goat. We do not know who they are, how they really work and how much of their own Korpolombolo back story is true or false. What we do know, however, is that they make incredibly exciting music that pushes the boundaries of what ‘genre’ can really mean.

In many ways, it feels as Goat’s ultimate mission is to be free of all the shackles of definition in a world where everything has to be defined and compartmentalised. Their attitude towards making music poses questions at what it means to be a band; to be songwriters; what genres stand for and how they can be broken down and moulded together; and furthermore how the industry works.

With their debut album, World Music, Goat stood their ground and did things their way, always keeping their identity hidden from view and letting their electric live performances and the music do the talking. The hallucinogenic grooves and layers of inspiration from all sorts of global destinations brought their debut to the attention of the masses and it is this streak of individuality that seeps through Commune.

In many ways, Commune takes up where their debut left off. It uses the same concoction of eclectic influences, fusing together traditional elements with more modern influences. Yet it goes further, and makes what should be a difficult second record a highly enjoyable and endlessly interesting album.

The energy that permeates throughout the tracks is undeniable. It opens with sinister chimes, almost as though announcing the Pagan style beginnings of a Holy ritual, before it suddenly bursts into six and a half minutes of tribal drums and sitar-like riffs, but always driven by a deep groove carried through the bass. It is exciting and exhilarating, atmospheric and a little bit eerie. As it pans out, it leaves a sense of night drawing in and the mysterious darkness enveloping all.

This method of drawing the listener in and then unsettling them at the last juncture seems to be a little trick of Goat’s, as Words draws to a close through jungle style beats, with the sound of water and what appears to be birds singing. It’s unsettling, but it keeps you listening and pacing for what will come next.

Boring is a word that does not come into Goat’s repertoire, and experimentation is the constant driving force. To Travel The Path Unknown perfectly demonstrates this message as its spoken word opening confidently declares that “there is only one true meaning of life and that is to be a positive force in the constant creation of evolution”. Everything they do is about progress, about creating new paths and seeking new ground.

But it is the tracks Goatchild’ and Goatslaves that bring back the pure energy and are most reminiscent of their debut, with that massive wah-wah guitar effect. It is times like this where their psychedelic take on world music just flashes and shines with a new light that gets the heart racing faster. It grooves, it judders, it shrieks, it shrills. It is the soundtrack to a fast paced journey to the future via the ancient traditions.

Bondye keeps this feeling going even further, working its hallucinogenic guitars over your skull and kidnapping you for one last psychedelic adventure. This is an album that is self-assured in its aims and how these aims are executed. It experiments, but it comes together as a whole and leaves you feeling drunk on its grooves.

Although it is only nine tracks long, Goat manage to get a lot in there in a tireless pursuit to keep creating. It is brought together by Gathering of the Ancient Tribes, where the most obvious link to their tribal and psychedelic influences. With the repetitive screams of “Into the fire!” there is a feeling of sacrifice, and that the opening gongs at the beginning of the album had marked the beginning of a religious sacrilege. This is fitting way to end, as Goat themselves have declared that “Goat is mainly a symbol of sacrifice. To sacrifice the individual for the collective good. To become one with the rest of humanity and universe”. In this case, it’s your soul that Goat are after. Let them have it. It’ll be worth it.