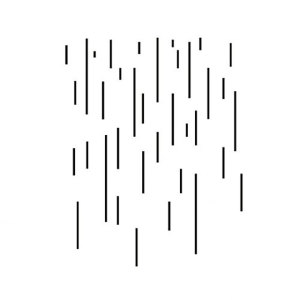 For all of its faults – and there are many – one of the main selling points of the annual Mercury Prize is its ability to shed light on artists that are relatively unknown to the masses and give them some much needed exposure. While there are some big names and established acts among this year’s nominees, including Damon Albarn, Bombay Bicycle Club and Royal Blood, there were also a couple of surprises.

Among them was Manchester jazz trio GoGo Penguin, comprised of pianist Chris Illingworth, drummer Rob Turner and new bassist Nick Blacka, whose second album v2.0 was one of the 12 picked out by the judges for special recognition. The band will certainly hope to capitalise on the award’s supposed favouritism for the jazz genre, along with fellow nominees and jazz act Polar Bear, even if their sound is not necessarily obviously accessible to all.

The album is a follow-up to GoGo Penguin’s critically-acclaimed debut, 2012’s Fanfares, which was packed full of skittering break-beats and infectious piano melodies. Like its predecessor, v2.0 sees the band members work off each other, with the interplay allowing them to push their sound further and bring in new elements. This is something demonstrated by opener Murmuration, which combines a low key piano melody with a stuttering beat and barely-there bassline.

Following the gentle introduction, Garden Dog Barbecue captures the trio at full pelt, with its high tempo, chaotic piano melody an example of how the GoGo Penguin are able do so much with so few instruments. It is also clear to see why they are becoming increasingly popular amongst club DJs, with its infectious grooving rhythm and restless beat enough to produce an ideal dance-floor filler and park on territory staked out a few years ago by Portico Quartet.

It is not a one off, either, with One Percent another track that will have feet tapping away. The song almost sounds like Radiohead – minus the vocals from Thom Yorke – as its driving beat and plodding piano keys combine to create something not too dissimilar to the sound of a CD skipping. Kamaloka also revolves around a frenetic piano melody, one which is based on more classical influences, while Fort is comforting in its looping familiarity.

Yet as the strong as the first half of v2.0 is, it is somewhat let down by its clearly weaker second half. Whether it’s a case of the formula becoming slightly worn or the lack of vocals to give songs a different dimension, there is certainly a drop in momentum as the album reaches its latter stages. The Letter, in particular, sees GoGo Penguin try to heighten the drama, only to succeed in bringing the record to a rather lengthy, shuddering halt.

To Drown In You is better, making use of those signature bustling beats and a repetitive piano loop that is engrossing in its simplicity, while Home begins promisingly with Blacka’s funky bass solo and a hyperactive beat, before falling into the some of the same predictable routines as earlier tracks on the record. However, the chaos that goes before is quickly readdressed by the poignant, sparse simplicity of the mesmerising Shock and Awe.

Closer Hopopono also ensures that the record ends on a high, with GoGo Penguin’s acoustic piano format pushed further than ever before, drawing on an unpredictable range of influences. Ultimately, while GoGo Penguin may not be to everybody’s taste, v2.0 does an impressive job of combining classic jazz elements with styles of other genres – including electronica – with a high degree of confidence. They will not win the Mercury Prize, but they are certainly more than deserving of the recognition that comes with a nomination.