Gold Panda – Good Luck And Do Your Best

by Andy Baber
published: 27 May 2016 in Album Reviews
Tweet 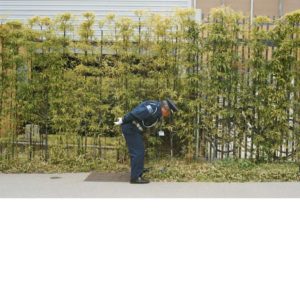 Gold Panda, or Derwin as he prefers to be known, has always been adept at injecting a sense of travel and adventure into his music. Both his critically-acclaimed debut, 2010’s Lucky Shiner, and its equally well-received follow-up, 2013‘s Half Of Where You Live, managed to piece together an array of different sounds – swathes of synth, techno beats and more – and transform them into songs that captured his fondness for globe-trotting.

Unsurprisingly, Gold Panda’s return is once again indebted to travel – and Derwin’s recurring love affair with Japan. Good Luck And Do Your Best did not start off as an album, though. It was originally set to be a joint project with photographer Laura Lewis to collect audio field recordings and pair them with her accompanying images from the trip to create a documentary that captured the sights and sounds of what they encountered.

The natural way the album developed from Derwin’s two trips to Japan – the title came from a chance interaction with a taxi driver in Hiroshima – is telling when listening to the finished product, which almost effortlessly transports the listener to the country. From the moment the static on opener Metal Bird gives way to shimmering chimes and a soothing vocal loop the exploration begins; and it is quite a journey.

Early highlight In My Car is a perfect example of Derwin’s masterful manipulation of sound, with its hazy synths, jaunty chimes and almost non-existent vocal samples combining beautifully to produce a kind of otherworldliness. While the song unmistakably delivers on the premise of capturing the sights and sounds that one would experience driving through the streets of Japan, it also creates the impression of being an outsider looking in.

This could partly be attributed to the fact that this is precisely the way Gold Panda composed the record. Against all expectations, Derwin has never been one to record on the road, so Good Luck And Do Your Best was put together at his home in Chelmsford. It is therefore his reflection on his journey, his ‘look back’ at the visuals and documentation he compiled, which comes across throughout the record’s 46-minute runtime.

Pink And Green is restless, with its sporadic hand-clapped beats propelling it forward as Derwin sprinkles it with glossy percussion flourishes, while the juttering melody of Chiba Nights is evidence of how much fun he had creating the record. In fact, from start to finish, Gold Panda’s third LP is as uplifting as the title it was born from, with Derwin saying himself that he set out to produce something that was ‘quite motivational, quite positive’.

The warmth and positivity of Good Luck And Do Your Best is most fully realised in the colourful duo of Autumn Fall and Haylards, which are two particularly evocative vignettes that paint a mesmerising picture of the Japanese landscape. Then there’s the calming, almost clockwork-esque chiming of lead single Time Eater and the quite unique Song For A Dead Friend, where Derwin continues to push the boundaries of the Gold Panda sound with bold compositions.

Ultimately, it all adds up to a record that stays with you long after the end of the joyful closer Your Good Times Are Just Beginning. For an album that started out from just a very simple phrase, it is remarkable just how complete it is. Admittedly, there are brief moments where Good Luck And Do Your Best falls flat – most notably on the uninspiring Unthank – but that is a small quibble in the grand scheme of Gold Panda’s triumphant return.