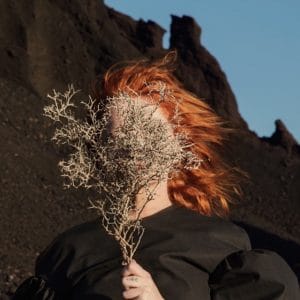 Ever since their exquisite 2000 debut album Felt Mountain, London duo Alison Goldfrapp and Will Gregory have shifted restlessly between musical styles, rarely occupying the same territory for more than one record. While Felt Mountain was an icily elegant, lush combination of cabaret, Portishead-like film noir and electronica, second album Black Cherry was dominated by pulsing, Germanic synthesisers, and third and fourth releases Supernature and Seventh Tree explored dance-pop and pastoral folk respectively. The only common ingredients throughout Goldfrapp’s near-20-year career to date have been Alison’s soaring, operatic vocals and her enigmatic, occasionally unsettling lyrics.

Goldfrapp’s last outing, 2013’s Tales Of Us, was a collection of sparse, dark folk fables, so it is perhaps no surprise that Silver Eye, their seventh album, is generally pitched in more up-tempo, electronic ground. But to simply categorise it as another switch back to Black Cherry or Supernature’s template is too simplistic.

Mostly recorded in Dallas with producer John Congleton, who has recently added heft and more aggressive textures to music by Wild Beasts and John Grant, Silver Eye is a strutting peacock of a record, with Congleton’s muscular production clearly influential.  However, back in London they also teamed up with electronic composer Bobby Krlic, aka The Haxan Cloak, and Brian Eno collaborator Leo Abrahams, who added abstract guitar textures to two tracks, Faux Suede Drifter and Beast That Never Was, which has helped to create a balanced range of moods and rhythms across the album’s songs, arguably more so than anything else in their discography to date.

For example, opener Anymore is a throbbing, sensual dancefloor animal, with Alison purring “You’re what I want/ You’re what I need/ Give me your love/ Make me a freak,” over a pulsating, industrial beat. Next up is Systemagic, which is stylishly cut from similar cloth, but third track Tigerman is a different beast entirely, with ambient, subdued but portentous swirls of sound underpinning Alison’s haunting vocal. When in this atmospheric mode, Goldfrapp are very much kindred spirits of another highly distinctive British artist, Bat For Lashes.

The outstanding Black Zodiac is equally mesmerising, with great waves of shimmering electronica building then breaking against Alison’s fragile whisper before subsiding away again. It’s probably Silver Eye’s most impressive demonstration of Goldfrapp’s deft sonic manipulation, long a hallmark of Gregory’s contribution to their sound. For many fans, Felt Mountain remains their zenith, and while there is nothing here to quite compare to their debut’s cinematic opulence, tracks like Moon In Your Mouth and flagship single Ocean certainly come close. The latter closes Silver Eye in memorable fashion, a slow burning ballad that suddenly bursts into life a minute into the song.

It’s hardly an optimistic conclusion however. Alison’s lyrics, raw and intense throughout, reach a particularly sinister and disquieting place here, with evocative couplets like “I borrowed bones, I borrowed skin/To save me from the hell I’m in” as stark as they are compelling. Elsewhere, there is a clear preoccupation with themes of transformation, notably on Become The One, inspired by a Nick Sweeney directed documentary transgender children, My Transgender Summer Camp.

There are two ways to judge Silver Eye when considering its standing in Goldfrapp’s overall canon. On one hand, it can be argued it’s the most consistent, confident expression yet of their varied styles and influences. The alternative position is that it lacks the distinct character and standout songs of a Felt Mountain or a Black Cherry. Both conclusions have elements of truth, yet taken on its own merits alone, Silver Eye is undoubtedly a masterfully crafted, emotionally rich and enjoyable record.