Gonjasufi – A Sufi And A Killer 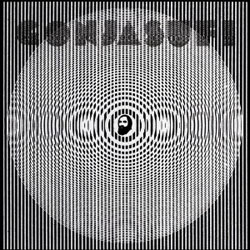 As Warp move into their third decade, the flame of exploration seems to be burning more brightly than at any point in their existence, as they look to embrace not just electronica but more acoustically derived music too.

This is borne out by their latest discovery, a yoga teacher from Los Angeles by the name of Sumach Ecks. He has a vivid imagination, judging by the variety found in his debut album A Sufi And A Killer.

Throughout his music feels ‘under the influence’, and some tracks are awash with a distorted psychedelia that harks back to The Doors, Tom Waits and a smidgen of Lee ‘Scratch’ Perry. That, however, is before you take into account various Eastern influences that lace themselves around the guitar lines, not to mention some unexpected interludes of funk, hip hop and even swing.

As a result, taking the whole record on board in one sitting is an intoxicating experience, as the vocalist-cum-producer laments the passing of a relationship in the twisted blues of She Gone, explores a tender, wistful aspect of his personality in Holidays and, in the tortured I’ve Given, complains of how “I gave up everything I had … and didn’t get nuthin’ back.”

These vocal tracks in particular have a great intensity, before the airy accompaniment comes into focus, drawing from experimental jazz as it goes. When you discover that extra production comes from The Gaslamp Killer and Flying Lotus, it explains the interaction and tension between jazz, hip hop and soul that lends so much to the music.

Then, just when you think you’ve pinned him down, there comes a burst of funk with the interlude Candylane. Short lived though this is, it’s an eye opening moment that puts you on guard stylistically for the rest of the album, with each twist and turn far from inevitable.

Gonjasufi, then, shows himself around several musical genres with an aptitude that suggests he could easily make an album in each one. In doing so he seems to have unwittingly captured the cultural mix at work in his hometown, using it as a vehicle for his own emotional outbursts. Living with the album makes these moments all the more poignant, made as they are through music that either feels induced or inflamed.

Another Warp exploration well worth making, then – and something of a Gil Scott-Heron for the 21st century in the moulding. Just a word of warning though, from personal experience: try not to have too much caffeine before hearing it!