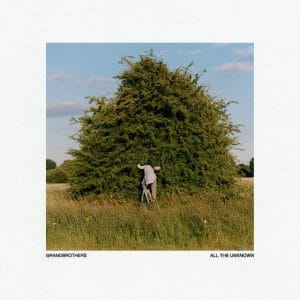 Since releasing their debut album back in 2015 German duo Grandbrothers have made a habit of releasing pristine, elegant music that effortlessly fuses piano and electronics. Third album All The Unknown is a typically reliable collection, representing a further refinement of their already consistent sound. While some albums need time to fully impart their contents, All The Unknown possesses an immediacy and accessibility that serves it well.

The early pair of Howth and What We See set the tone for the album, conveying a keen appreciation of the value of detail and precision. On What We See deeply resonating piano weaves its way through the electronics like gold thread through luxurious fabric. It’s the first of many seamless integrations and also shows off their heightened abilities of melodic resolution.

Like much of the best instrumental music, it’s easy to imagine the album as the accompaniment to sweeping aerial drone footage of patchwork countryside or views from the window of a speeding train. The title track sees them sounding more imposing than ever as it sparkles and glows, also proving how their music can be just as befitting of environments like darkened clubs. Later, the heady, endorphin generating Silver shows it’s not a one off.

Four Rivers demonstrates how a sense of journey is built into their music, offering much in the way of pleasingly considered sonic progressions and Shorelines puts forth a similarly lucid and eloquent statement. If any points of reference are required, anyone who has previously found enjoyment in the music of the likes of Kiasmos, Jon Hopkins, Ben Lukas Boysen or Rival Consoles should find plenty to like in All The Unknown.

The ambient Auberge shows them to be creators of big space music, the piano motifs shining like stars in the black, midnight sky. Organism meanwhile is built around nimble, reverberating piano lines that help the track project discernible joie de vivre. The later stages of the album see Black Frost and Unrest provide balance and contrast with their heavier textures and foregrounded beats. As final track Mourning Express plays out, we’re left to reflect on a discreetly versatile album equally capable of lifting moods and settling minds.