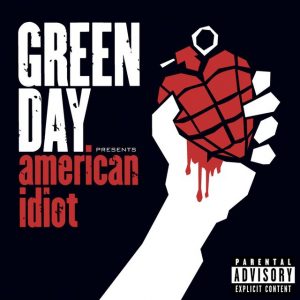 Anyone who is familiar with the global punk scene, and is vaguely objective, has to admit that it is littered with generic, sound-alike bands who somehow seem to make a career out of three guitar chords, a sneer and the most basic of sped-up drum beats. On the poppier side of the equation, the likes of Green Day, The Offspring and Blink 182 have had consistent success simply by having better songs than the rest, and as time has gone on, by developing into “proper” musicians.

In Green Day’s case, judging by 2000’s Warning, the transformation from young hooligans playing instruments to muso artists had begun to emasculate their music, removing many hints of danger and running the risk of turning them into middle-aged men playing songs for an apathetic, middle-aged audience.

Who knows whether this album might have ended up the same way were it not for the fact that the original master tapes were stolen? Instead of re-recording the songs, Green Day went back to the start, did not pass go, took a chance and, as a result, may just have created an album that will give them a monopoly on the melodic punk crown.

Ever thought that prog rock was the antithesis of punk? All of a sudden Green Day turn things upside-down by including two nine-minute songs – each consisting of five separate mini-songs, which by a few strokes of inspiration sound distinct yet perfectly contiguous. These two epics show off Green Day’s versatility too, with loud, heavy guitar-fuelled sections (Jesus Of Suburbia), rockabilly (Dearly Beloved), powerful rock (Tales Of Another Broken Home) and, remarkably, mega-anthems with football terrace-style chanted choruses (Nobody Likes You and elsewhere, Are We The Waiting).

The rest of the album does not disappoint, either. On the likes of the Clash-inspired title track, the pogo-tastic St Jimmy and She’s A Rebel, which instantly recalls Nirvana‘s grunge version of The Vaselines‘ Molly’s Lips, Green Day actually sound like a proper punk band and, courtesy of Rob Cavallo’s meaty production, put paid to any lingering accusations (from people like yours truly) that they were only ever a “heavy pop” band. In other words, Good Charlotte this ain’t. Or lostprophets, for that matter…

Of course Green Day can still do pop, but the difference now is that there’s always a spine to it, a constant underlay of rock solidity. Wake Me Up When September Ends, for instance, starts off in poignant acoustic mode, but isn’t content to rest on its laurels and so eventually explodes into a pyrotechnic display of bombastic, electric guitars.

All this, and we haven’t mentioned the lyrics, for in keeping with Green Day’s new progressive punk-pop theme, American Idiot is something of a concept album that is lyrically based around Dubya Bush, jock attitudes and the manipulation of American society by their media. Occasionally it is exaggerated and overbearing (“Zieg heil to the President Gasman”), but more often it is defiant (“Maybe I am the faggot, America / I’m not part of a redneck agenda”), articulate (“We are the kids of war and peace / From Anaheim to the Middle East”) and pointed (“Does anyone care if nobody cares?”). If the pen really is mightier than the sword, then this time Green Day are wielding it like a lightsaber.

At the end of it all, Green Day’s seventh proper studio album is really quite something. At its best it is genre re-defining, while at the very least, it is big enough, bold enough and clever enough to take punk forward many Doc Marten paces. In short, you should definitely investigate it. Frankly, you’d be an idiot – American or otherwise – not to.