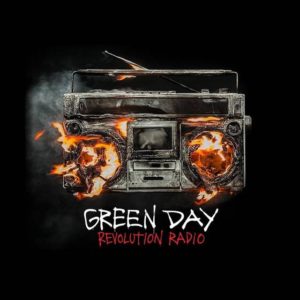 Green Day’s long career has often been punctuated by remarkable highs and difficult lows. From the monumental success of their major-label debut Dookie and 2004’s magnificent rock opera American Idiot to the periods of low record sales, waning relevance and their ambitious, but ultimately flawed, ¡Uno!, ¡Dos!, ¡Tré! trilogy, their 26-plus years together has undoubtedly been one wild rollercoaster ride.

That’s not even taking into account the issues outside of music, such as the troubles that dogged frontman Billie Joe Armstrong during the 21st Century Breakdown tour and around the release of the album trilogy in 2012. In fact, Armstrong’s personal problems got so bad that the band postponed much of their tour for their last offering, as he sought help in rehab for abuse of alcohol and prescription pills for anxiety and insomnia.

Four years have passed since and Armstrong is now fighting fit, but Green Day remain at a juncture of what sort of band they want to be. There has always been an unwillingness to completely leave behind the pop-punk sound that made them, even while evolving into an arena-filling rock band. Armstrong appeared to address this very issue in a Tweet at the end of last year, stating: “My mission for 2016? To destroy the phrase ‘pop-punk’ forever.”

So does 12th album Revolution Radio shake off the pop-punk tag for good? Well no, not really. There is still a clear element of crossover about Green Day’s sound, even if it does sway slightly more towards the grander rock of American Idiot. Opener Somewhere Now begins with a delicate acoustic intro, before bursting into a meaty guitar riff as Armstrong’s lyrics touch on his struggles (“All grown up and medicated/ I’m high on cellular waves”).

There are other comparisons to be drawn with American Idiot, too, not least in Revolution Radio’s handling of the current political and cultural climate in the States. Much has already been made of Bang Bang and it’s not hard to see why. Armstrong addresses gun culture and the media in his homeland through the perspective of a mass shooter (“I wanna be a celebrity martyr/ the leading man in my own private drama”).

Although an interesting idea, it quickly sees Green Day slip into their pop-punk guise. This is not necessarily a bad thing – it just feels like the status quo has been resumed. The title track also raises another prominent issue dominating America, with Armstrong explaining that it was inspired by a Black Lives Matter protest he got caught up in. Again, it is fairly standard fare for Green Day musically, but it has a suitably catchy chorus.

Say Goodbye is even more infectious thanks to its big, bold chorus (“Violence on the rise/ like a bullet in the sky”) as the injustice continues to rankle, while Troubled Times is a more heavy-handed depiction of inequality and civil unrest in the US. Revolution Radio is at its best, though, when Green Day push themselves, with the anthemic Outlaws one of the standouts thanks to its wistful nostalgia and careful build-up through to the chorus.

Elsewhere, the record is refreshingly straightforward. Not everything works – Bouncing Off The Wall is unlikely to raise an eyebrow and Youngblood is just as forgettable – but Revolution Radio is probably the most consistent release from Green Day since American Idiot. Single Still Breathing captures the trio at their most effective, as Armstrong alludes to his personal demons again, while Too Dumb To Die seems to be a nod to the Dookie-era.

All things considered, Revolution Radio is something like a return to form. There is nothing groundbreaking among these 12 new tracks and it never reaches the heights of American Idiot – which remains the trio’s high-water mark – but there is much to be admired in the simplicity of Green Day’s return, as demonstrated by delightful acoustic closer Ordinary World. One thing’s for sure, their brand of pop-punk certainly isn’t dead yet.