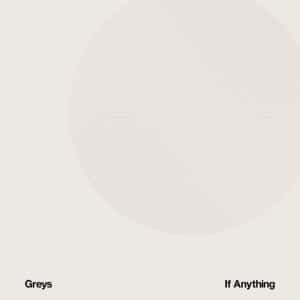 Opening paragraph introducing the theme of the review: More bands should give their songs honest, descriptive titles like Lull, as Toronto rockers Greys chose to with their album closer. You know the kind of thing – Our Last Hit Single’s Structure With A Slightly Different Tune, Three Riffs Too Many, Our Bassist Insisted We Use One Of His Songs, perhaps. It would save reviewers, and readers, an awful lot of time.

Second paragraph that could really have gone with the first, but it felt more readable to split them up: It’s not the only honest title on offer, either. The opener, and the album’s first single, deals with Greys’ obvious debt to Fugazi and Rites Of Spring by calling itself Guy Picciotto and beginning “There goes my hero, he plays the same guitar as me,” before concluding “What I do I do because of you”. Again, it’s an approach that would be not unwelcome elsewhere, although the sheer weight of tracks called Ian Curtis or Julian Casablancas might cause problems for your iTunes library.

A general description of the album, in contrast to the specific points already made: To be strictly fair, there should really be a track on this album called Kurt Cobain, because the whole thing lands in uncharted territory between post-hardcore and grunge. It’s a pretty interesting place to be – the only vaguely appropriate overall comparison that springs to mind is defunct Surrey-scenesters Reuben – but despite some great songs and spirited performances, they don’t quite pull it off. The songs always seem to have both feet too far in one camp or the other, rather than straddling them like the Canadian colossus they could be.

A more detailed description of the songs and a chance for the reviewer to mention their favourite obscure artist: Use Your Delusion, for one, features singer Shehzaad Jiwani hollering out the verses in an Elvis-cum-Iggy holler, the whole thing reminiscent of Groop Dogdrill‘s Cocksucker Blues with added hardcore discordance. Guy Picciotto sounds as you might expect it to, but has a fantastic hook and a relentless sense of frenetic urgency. Lull – which, ironically, isn’t actually the least interesting song on the album, an award that goes to the uninspired Girl In Landscape – ditches the abrasive guitars for chiming melodies of that sort that early emo pioneers Embrace favoured.

More about the songs in a new paragraph to emphasise the stylistic fragmentation of the album: Meanwhile, Flip Yr Lid slows down the pace and sees Jiwani changing vocals to imitate Kurt in deliberately out-of-tune mode, over muddy Mudhoney-esque basslines. Brain Dead is the riff from Breed, no more, no less, and the intro of Adderall – for all its fury and discordance – entirely borrows the template of Territorial Pissings.

Putting the previous criticism into perspective: None of this, of course, prevents the album from being entirely enjoyable and entertaining. If you like the sound of the influences, you’ll find plenty to get on with here. Chick Singer, in particularly, is a bracing sub-two-minute blast of rage at neanderthal attitudes towards girls in bands (and is none the worse for borrowing Bad Religion‘s Atomic Garden riff), and the subtle use of dynamics in Cold Soak suggest a band with more depth and potential than the more derivative number suggest.

But: But however much fun they are, the album simply borrows too much and too obviously for true greatness. Just as you can create grey by mixing together bright colours till no traces of the original remain, Greys need be a little more subtle in their own palette. It’s a great noise, just not yet a great sound.

More on Greys
Greys – If Anything