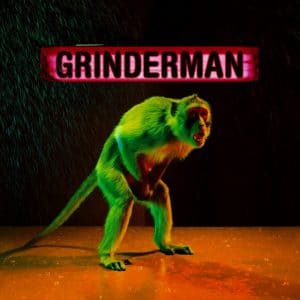 Grinderman is a new band, comprised of four members of a band that’s not at all new. Neither are its members, the head honcho of whom is now 50 years wiser. Nick Cave, Meltdown curator and murder ballad maker, has taken the opportunity, with Warren Ellis, Martyn Casey and Jim Sclavunos, to foist upon us a testosterone-fuelled, musical mid-life crisis steeped in alcohol and frustration. And he’s picked up a guitar.

Although Grinderman is in essence a splinter group of Nick Cave & The Bad Seeds, there are no gently crooning numbers served by piano here. From the off, Get It On turns the volume to 11 and lets rip with electric bazouki, distorted guitar and ranting, devil-may-care lyrics. It sets a decrepit yet still standing scene for No Pussy Blues, where the ageing rocker takes home a groupie who “doesn’t want to”.

This being Cave, classy lyrical dexterity is never far away. But here the fire and brimstone preacher is a little less po-faced than much of his back catalogue, allowing humour (still black as coal) to gain the upper hand. So we get “Marcel Marceau” and “revolting chiuaua” in the same song, one in which our desperate protagonist eventually gives up on the ungrateful groupie and sets off in pursuit of her mother, only to find little luck in that direction either.

The title track is as stark, raw and depressed as anything Cave has done, with despondent guitar mournfully duetting with his washed-up, sad case lyrics. Not an immediate standout track, it’s one of the record’s real growers.

An element of the fantastical hangs over the album, with overtly dramatised titles like Depth Charge Ethel and Electric Alice, but the pace and instrumentation varies throughout, and 11 tracks pass in the blink of an eye.

With a combined age of a couple of centuries, these guys have no need to pander for the current mode for “secret tracks” – when Love Bomb superlatively closes the set, that’s the lot – they’ve said their piece and now they’ve upped sticks and left, and their admirers can do little else but start this rollicking album over again.