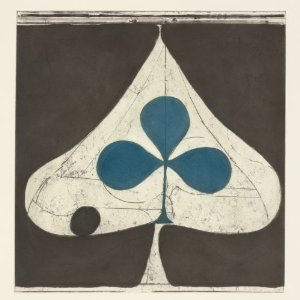 2012 looked set to be an exciting year for fans of that set of American undergrounds who discreetly broke through into the mainstream arena. Yet new albums from Dirty Projectors and Animal Collective both seemed to engage in a kind of retreat. Dave Longstreth’s group stripped back some of the clever precision of the arrangements and focused on deceptively simple melodies and a stripped down sound, whilst Animal Collective regressed a little into their turbulent, lysergic world of fairytales and childhood nostalgia. Both records have their merits – but it looks like any responsibility for expansion or progress falls on the sturdy shoulders of Brooklyn’s Grizzly Bear. They seem more than prepared to accept the challenge.

At times, it might feel as if Shields shares some of Dirty Projectors’ Swing Lo Magellan’s embrace of more conventional forms. Gun-Shy may be characteristically lush, but it also has the cold focus of a relatively simple backbeat. The rolling toms that underpin the first half of A Simple Answer seem uncharacteristically driving and insistent. Yet Again now vies with Veckatimest’s Two Weeks for the mantle of being Grizzly Bear’s most straightforward pop song – but even this has an ornate and spectacular arrangement, where great attention has been paid to the nature and attack of every sound. This clearly shows a band growing in confidence, but also one which knows better than to resort to cliched tactics of emotional manipulation. Nothing here could exactly be described as ‘anthemic’ but, for the most part, Shields abandons some of Veckatimest’s ponderous wanderlust in favour of a more muscular, powerful sound.

With Veckatimest, the focus on minutiae and detail seemed very transparent – it seemed obvious that it was an album that both demanded and rewarded patient close listening. On Shields, some of those details are more hidden behind a crisper quality of sound and a stronger punch from the ensemble. It requires a similar amount of work from the listener, but in subtly different ways.

The band’s vaunting ambition is displayed right from the outset in the terrific Sleeping Ute. Somehow, it pulls of the neat trick of presenting the band at their most tricky and confounding and also at their most glistening and immediate. It very much sets the scene for what is to come, the largely unexpected lush, sensual postscript showing how full of elegant deceptions this music is. So many times do Grizzly Bear deliver the unexpected (a radical change in texture or feel – or the intrusion of a melody that might seem to belong elsewhere) that they should really be becoming predictable by now. Yet Shields is full of both genuine surprises and moments of transcendent beauty.

This is an ensemble that seems to have reached a sort of pinnacle in collaboration and musical communication. Creative instrumental contributions are abundant, from Chris Bear’s delicate, carefully executed snare drum rolls and ghost notes to Daniel Rossen’s chiming guitars and penchant for arrangement and harmony. The melodic and vocal roles of Ed Droste and Daniel Rossen seem very well integrated here too – there’s no conflict of musical personality, but rather an effortless synergy. The album ends at its absolute height with two beautifully mesmeric and enticing pieces (Half Gate and Sun In Your Eyes) comprising strong musical narratives that veer between blissful heat haze and frazzled intensity.