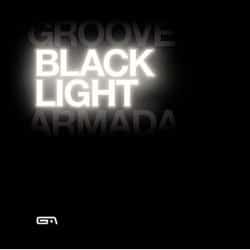 Groove Armada are becoming the elder statesmen of dance music; Black Light, believe it or not, is their seventh album. They have quite an act to follow, too – with Soundboy Rock, their unashamed and unbuttoned party album, still fresh in the memory despite being nearly three years old.

They go in to battle for Black Light armed with quite a guestlist – and the familiar clutch of power choruses. Will Young and Bryan Ferry top the bill, yet in a tactic similar to their Lovebox festival, are held back towards the end. But we already know that Messrs Cato and Findlay can deliver in the guest slots. It’s the inbetween tracks and filler that look set to determine how good this album will be.

Initial signs are good, with an accomplished guest slot from Empire Of The Sun‘s Nick Littlemore on Fall Silent, and a couple of cool if somewhat derivative rockers in I Won’t Kneel and Look Me In The Eye Sister.

And what of the fabled guests? Ferry delivers the showstopping moment of the album as vocalist on the smoky Shameless, with a nicely floated, semi operatic voice in tow. A heavily filtered and barely recognisable Will Young sees us out with the airy History, soaring to a falsetto in the chorus, while Empire Of The Sun‘s Nick Littlemore sounds a little more down to earth in the earthy Fall Silent.

Elsewhere it’s very much business as usual, with the much trumpeted darker direction failing to amount to anything more than a few extra guitars in the shouty Warsaw, and a sharpening of steel in the beats here and there. It’s certainly nothing unfriendly, and none of it would sound out of place on the duo’s traditional weekend slot at Lovebox. There are some real shout-along choruses in Paper Romance and I Won’t Kneel, though the latter is too much of an update on Song For Mutya.

Yet this year is the first they’re not headlining their own festival, despite having made a new album – which suggests the duo are perhaps happy to take a back seat now the record is released. The real headlining task – on both fronts – falls to Ferry, a sign perhaps that Groove Armada are thinking of alternative ways to project their pop music. Their songwriting clout remains – but now needs others to carry it off.