Groove Armada – Edge Of The Horizon 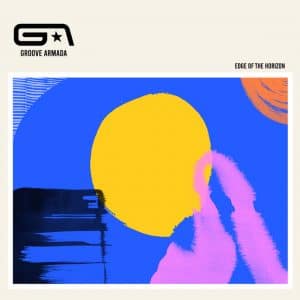 With nightlife seemingly on hold for the indefinite future, is it the worst possible time to release a dance music album? Or do we need new dance music more than ever to compensate? Groove Armada fall firmly into the latter camp, as Andy Cato and Tom Findlay return with their first long player together in 10 years.

Given their more recent past, it is slightly surprising to report that the music on Edge Of The Horizon is less explicitly geared towards the middle of the dancefloor, helping itself to a drink at the poolside bar before the night’s action begins. Groove Armada, of course, have great credibility for music that spans across the night, from the downtempo bliss of At The River to upfront peak time anthems like I See You Baby, Get Down and Superstylin’. Now, though, a strong whiff of nostalgia is in the air, the duo looking further back to the ‘70s and ‘80s for their source material.

They are not alone in that approach, joining contemporaries Kylie Minogue, Dua Lipa, Calvin Harris and David Guetta who already find those sources highly fruitful. The big question is putting an individual stamp on their music, and that is not quite so clear on Edge Of The Horizon. Their main points of reference are channelled through Empire Of The Sun, whose vocalist Nick Littlemore appears for two of the album’s standout tracks. Get Out On The Dancefloor finds him reaching for his inner David Byrne, and is a catchy number, but Tripwire chugs along in mid-range with a chunky piano for company.

Oddly enough, the guest slots from James Alexander Bright sound more like Empire Of The Sun than the tracks with Littlemore. Holding Strong has vocals and textures that swoon, its telling vocals stating “Only time will tell if we were right or wrong”, as though musing on the current state of world affairs. It’s an excellent song. Talk Talk is more synthetic, though wistful vocals appear again in the chorus.

A big guestlist on the album includes numbers from Paris Brightledge, Roseau and Todd Edwards. The garage don’s  appearance on Lover 4 Now is lower key than you might expect, and lacks the urgency and humour of his solo work. More convincing is the rush of what feels like sea spray on the title track, perfectly paced and with a penetrating vocal from She Keeps Bees.

Much of this album is hot weather music – dreamy and heady, with big synths, plenty of reverb and hazy vocals. It is not instantly recognisable as Groove Armada, but it shows how the pair have moved on from constant festival sets and gigs to managing farms in France, as Andy Cato now does. Clearly they still want to have a good time, but the stress is now on music that feels older than it does new.