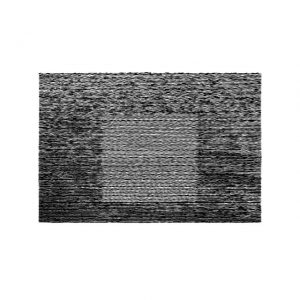 The origins of the 11th Grouper album Grid Of Points lie in the period straight after its predecessor Ruins was written and recorded. Ruins was recorded in Portugal, but for Grid Of Points Liz Harris returned to the US – specifically, Wyoming – and continued to write, only for a bout of sickness to force her to stop. She’d only finished seven tracks but felt these formed a complete body of work and accurately captured a period of time, so no further work was added.

Since that time she’s collaborated with an independent filmmaker Paul Clipson on the film Hypnosis Display and curated the Dutch music festival Le Guess Who. Grid Of Points however sees her return to her main artistic endeavour, and while it is a shorter album, there is an appreciable purposefulness within its abstracted, watercoloured vignettes. It’s an album to listen to during those times when life gets too fast and cluttered. Like much of Harris’ music, it has a powerful ability to isolate and cleanse.

Over the years her music has gone through though a process of gradual foregrounding – the denser and more opaque sound of albums like The Man Who Died In His Boat and Dragging A Dead Deer Up A Hill have largely been left behind. Grid Of Points continues the sound established on Ruins, Harris singing in forlorn and detached fashion over piano. Opening track The Races recalls the recent work of Julianna Barwick in its promotion of pure vocal form and is followed by the sad, brittle caresses of Parking Lot. To call the tracks miniatures wouldn’t be right but they do have a clear succinctness. Driving sees her recede further into musical remoteness, rare fragments of melody play out during the end of Thanksgiving Song, while the higher piano notes of Birthday Song lend it a certain innocence.

The relative brevity and sparseness of the album, allied to the fact that it largely extends ideas laid down earlier in Harris’s career, won’t see Grid Of Points talked of in the same elevated way as some of her other work. But it serves as a timely reminder of her ability to create beautifully slow and contemplative music.