Grouper – The Man Who Died In His Boat 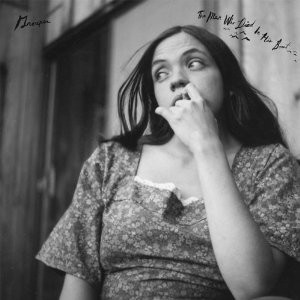 Recently it was announced that Liz Harris would be taking up a residency at the Bristol Cube Cinema that would involve live performances of her music under the Grouper name alongside the painting of a mural. It was interesting in two respects, primarily as an affirmation of the artistic intersect where her music lies – namely the space between music and art. The choice of location was also noteworthy, her eschewal of London in favour of the provinces reflecting to an extent the peripheral position that her music assumes.

The announcement coincided with the release of The Man Who Died In His Boat, an album of outtakes collected from her defining 2008 album Dragging A Dead Deer Up A Hill. It is apparent from the start that the album is a valuable piece of work in its own right however and its reclaimed origins should not bring any negative preconceptions. Taken as a whole it seems fractionally more subdued than the album that it was drawn from. Certainly, there’s nothing quite as overt as the vocal melodies found on tracks like Heavy Water/I’d Rather Be Sleeping. Neither does it have the beautiful, entrenched bleakness that permeated 2011’s twin offering of AIA: Dream Loss and AIA: Alien Observer.

It opens with the filtered, gentle reverberations of 6 and what follows essentially reasserts the key attributes of the Grouper sound. Being Her Shadow has an impressionistic, slightly out of focus quality to it, replete with comfortingly indecipherable lyrics. The vocals may be higher in the mix on the softly serene Cover The Long Way but the track still ultimately loses itself in the drifting, idyllic soundworld. Towers meanwhile manages to convey a real sense of longing, being one of the more clear and emotive moments of the album (and the only real occasion where Harris’ American accent can be detected).

Difference (Voices) and the title track are two of the more abstract pieces. The former sees amorphous, ambiguously delineated shapes float out of the music, as does the latter with its blurry overlapping of voice and guitar. Together, they seem to bridge the gap between the pastoral and the subconscious.

Viewed alongside artistic statements like Violet Replacement, last year’s cold, longform dark ambient cassette release, it’s evident that Harris is building up a significant body of work. It’s also possible to see her as part of an unaligned, musically diverse group of female artists (alongside the likes of Julia Holter, Julianna Barwick and Holly Herndon) that are quietly pushing at the boundaries of esoteric music. The Man Who Died In His Boat is fully representative of this and only serves to increase the sense of anticipation ahead of her next release of new music.