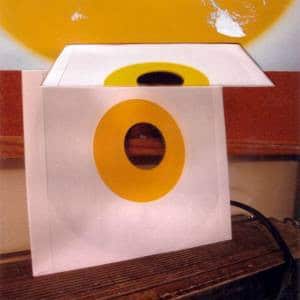 On a recent appearance on The Late Show with David Letterman, Guided By Voices tore through their latest single, The Unsinkable Fats Domino. They narrowly averted tragedy (or perhaps only embarrassment and minor injury) when bassist Greg Demos went for a little rock ‘n’ roll jump move, lost his footing, and landed on his ass, right there on the stage in front of millions of television viewers. Did he cry, or pout, or storm off the stage, though? Hell, no. He flashed a moonfaced grin and shook his head in brief disbelief, barely missing a beat, and when the timing fit, he took a second to right himself and rejoin the band.

There’s a metaphor here. Guided By Voices, in its latest incarnations, may have been nothing more than Robert Pollard and a rotating cast of players. That particular GBV hung up their hats in 2004 after releasing Half Smiles For The Decomposed. Before that, there were a few attempts at commercial success with the more polished albums Isolation Drills and the Ric Ocasek-produced Do The Collapse. But before that, up until 15 years ago, there was the GBV of legend: the guys who made Alien Lanes, Propeller, and Bee Thousand. The GBV who recorded fast, abrasive, impossibly short songs huddled drunkenly around a four-track tape recorder in Dayton, Ohio. The GBV who were a major influence on The Strokes, if that even means anything anymore.

It’s that original Guided By Voices lineup – Robert Pollard, Tobin Sprout, Greg Demos, Mitch Mitchell, and Kevin Fennell – who return after 15 years with Let’s Go Eat The Factory, and it’s as if they’ve never missed a beat. The impossibly short 21 tracks here sound like vintage GBV without getting sloppily nostalgic or obviously pastiche. Front man Robert Pollard has remained ridiculously prolific since GBV’s disbanding, so it’s hard to say he’s been missed (in fact, he recently released a 28-track collection of greatest hits spanning the years 2010 to ’11), but with his old compatriots behind him, his familiar, ageless voice and wordplay seem more at home than they have in years.

Buzz-saw guitars, raucous garage rock tunes, sloppy arrangements, off-kilter lyrics, Beatles-influenced weirdness, and lo-fi aesthetics (The Unsinkable Fats Domino, Laundry And Lasers, God Loves Us) are mixed right in with bittersweet beautiful moments (Doughnut For A Snowman, Spiderfighter, Who Invented The Sun), and they all blend together, rolling and tumbling, sprawling and flopping, twitching and shaking.

It shouldn’t work at all, but the overall product – while a bit uneven – is something to celebrate. Pollard and his band of inebriated fifty-somethings have refused to grow up, and now that they’ve brushed away the cobwebs, they’re apparently ready to fire off another string of classic albums. Time will tell whether they’ll regain their old workhorse release schedule, but for now it’s good to know the guys are all together in one room drinking beer and making music together again.

Guided By Voices MP3s or CDs

Guided By Voices on Spotify