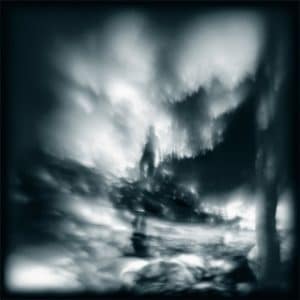 If a band takes the slogan of a certain chocolate biscuit too literally and takes a break can they return with the same dynamic and sense of purpose, especially if in the meantime a member has had a successful side project? In recent times the Arctic Monkeys have shown that having a popular side project (in the shape of The Last Shadow Puppets) doesn’t always equal a hindrance, while Belle and Sebastian and The Strokes hiatuses have brought about records falling somewhere between mixed and divisive. In short, a real mixed bag.

So, it has come to pass that Guillemots are the latest act to enter the break-based breach. Since their last album, Red, their brilliantly-named frontman Fyfe Dangerfield has tasted solo success with Fly Yellow Moon and latterly with his John Lewis-featured cover of Billy Joel‘s She’s Always A Woman. With the group now back together as a cohesive unit, where do they go for new album, Walk The River?

The first thing that’s noticeable is that where début Through The Windowpane was endearingly quirky and follow up Red was more focussed and propulsive, Walk The River is inoffensive to the point of being bland. Those looking for something as euphoric as Made Up Love Song #43, or as dancefloor-ready as Kriss Kross, should look elsewhere. The album-opening title-track offers a glimpse of what’s to come, constantly threatening to break out into something big and brassy but ultimately not delivering.

What we get instead is instead is musical wallpaper – ever present, but hardly attention grabbing. It’s a criticism that can also be levelled at the album’s second track, Vermillion. The album works best at its most upbeat. The soaring chorus of Tigers or the confident strut of I Must Be A Lover and Slow Train all mark an impressive midpoint turnaround from the insipid and forgettable first third of the record.

The standout track would undoubtedly be Sometimes I Remember Wrong if – and it’s a big if – it was around half of its nine-minute total length. It’s all too easy to get sucked into its huge soundscapes and plaintive tones, but even its ability to do that can’t mask the fact that the track is far too long. Guillemots have shown via 12-minute début album closer Sao Paolo that they can make a long song engaging, so it’s a shame they can’t repeat it on what’s otherwise a stunning piece of music.

There’s a lot to like about this album. It comes armed with a pocketful of melodies and great musicianship. But yet somehow it doesn’t convince. It’s hamstrung in part by its length. Only two tracks clock in at under four minutes, and most are well over five, making it a marathon listen. The fact the energetic Guillemots we’ve all come to love have apparently disappeared for the time being also takes some getting used to. Where they go with a fourth album (presuming there’ll be one) is anybody’s guess. In the meantime, don’t be surprised to see another solo album from Dangerfield.