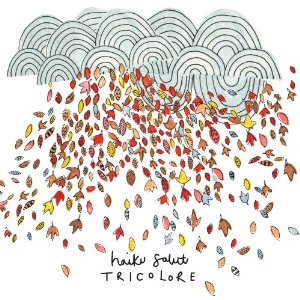 How Does It Feel To Be Loved has, since 2002, easily been one of London’s best club nights. Its unpretentious and welcoming nature, often fuelled with everything from Belle & Sebastian and Orange Juice to Tamla Motown and Dusty Springfield, swipes away any negative connotations our capital has for being a cold, brutal and rather heartless place. The club’s founder and regular DJ Ian Watson is, to many, a god amongst the indie pop/hardcore indie fraternity. In fact, as well as playing tunes (mostly) past and present, Watson has a real stake in the future.

In 2006, Watson set up a label to accompany the night, releasing a compilation – a C86-esque mix for the mid-2000s – that included Suburban Kids With Biblical Names and Butcher Boy. Following on from that, Watson released Butcher Boy’s debut album, Profit In Your Poetry, Pocketbooks’ debut album Flight Paths and Butcher Boys’ follow-up React Or Die, which achieved 93rd place in The Times’ 100 best albums of the 2000s list (beating Red Hot Chili Peppers and Johnny Cash).

The fact Louise, Sophie and Gemma cite Yann Tiersen as one of their major influences – as well as the band’s name, obviously – suggests Tricolore is a rather apt album title. Indeed, according to the three, “Tricolore is based on the primary colours. Three colours that create everything in the spectrum but when spun on a colour wheel become nothing at all.”

The Tiersen influence and the tricolore/colour wheel idea come through from the outset, with early track Sounds Like A Pacman Crunching Away At Your Heart a mixture of acoustic guitar, piano and melodica before accordion and, to cite the trio, “laptopery”, come to the fore to produce what can be best described as a beautifully twee chiptune, all blending together quite marvellously: the track does exactly what the title suggests to wonderful effect.

Like Tiersen, who live can swerve from the familiar and well-known Amelie and Goodbye Lenin! soundtrack-sounding material through to lesser-known electronic and post-rock tracks, Haiku Salut veer from one sound and style to the next. Leaf Stricken again utilises electronic means through Múm sounding beats, before the additions of keyboard-based modulating piano and touches of Spanish guitar; while Los Elefantes initially sounds quintessentially Amelie-era Tiersen before subtly introducing and elevating deep, hammering beats (presumably “Los Elefantes”) that contrast the gentile nature of the accordion. It’s all rather unpredictable, yet the core elements that make up each song – the tricolore so to speak, from accordion and acoustic guitar through to electronic beats and piano – are all applied differently, resulting in a rich mixture of sounds and effects. Much like mixing primary colours.

The interestingly titled || : Lonesome George (Or Well, There’s No-One Like) : || is a much more straightforward, accordion-driven affair; while the more minimal Watanabe consists almost entirely of layered, shimmering piano in traditionally played and, presumably, sampled form. Indeed, despite its more minimal nature, Watanabe exhibits a real air of complexity, with the layers of piano merging into something all-consuming and graceful. Both tracks only serve to heighten the album’s varied nature.

Glockelbar and Train Tracks for Wheezy both ebb the album back towards electronica, with Glockelbar a myriad of tempos – from the languid accordion to zippy glockenspiel samples and the return of Múm-inspired rhythms – and Train Tracks for Wheezy achieving a degree of grandeur with the addition of strings above a straightforward drum beat and glockenspiel. Again, it somehow all merges to form something rich and quite lovely.

Like anything involving accordion and inspired by Tiersen and Múm, the album can occasionally be accused of being too twee and mawkish. However, this is why album closer No, You Say is so satisfying – a left-field, entirely unpredictable conclusion of Dan Deacon proportions. This shouldn’t have been entirely surprising – in promotional images Gemma is seen wearing a Dan Deacon t-shirt – but it shows there’s some necessary ballast there. These aren’t your stereotypical twee indie lot – it’ll be interesting if they end up showing this side more.

Watson has a real knack of discovering serious talent, backing it and letting it be enjoyed by others: we can only wish there were more like him. This is a splendid and rather accomplished debut album: one senses we haven’t heard the last from Louise, Sophie and Gemma. Let’s hope not.