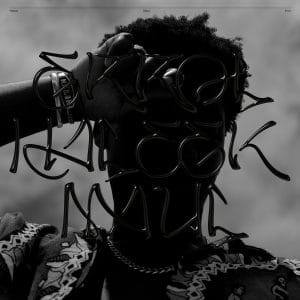 One of the byproducts of the internet’s unassailable rise is that music can now sound like anything while coming from anywhere. Someone in rural Ireland can be inspired by music previously localised in the favelas of Brazil, simply because they’re all connected by websites and streaming services. This of course has myriad positives – creativity can thrive, unabated by geographic boundaries, etc etc – but it can also iron out distinctions and create a homogenous sludge: enter Haleek Maul, whose debut studio album suffers from a bit of the latter.

The Barbados-raised rapper has a characteristic Caribbean inflection to his voice, and puts it to good use with the fast paced flows of We Wid It and the sing-song cadence of Get2High. The latter is a particular highlight, Maul’s delivery suitably spaced out, while Glitching is an effective depiction of chaotic hedonism (“spilling champagne on my fucking shoes / lost my damn brain, don’t know what to do”).

The problem? Errol is dominated by trap beats, a sound so ubiquitous that it has all but swallowed up multiple genres, and they don’t do Maul many favours. He has pretensions towards the avant-garde, but the internet has also broken down the divide between underground and mainstream, and as such the material here is no more radical or forward-thinking than Travis Scott’s latest record. The brief lengths of these tracks can also leave them feeling half-finished, trains of thought interrupted by the arrival of the next song.

It is not necessarily that this reviewer wants the album to be more stereotypically Caribbean, but Maul ends up sounding decidedly indistinct with production that would be better suited to a cookie-cutter rapper like Nav. His potential is audible, his aggressive performance on Name being a great example, but Errol is hopefully a stepping stone to a more actualised sound.