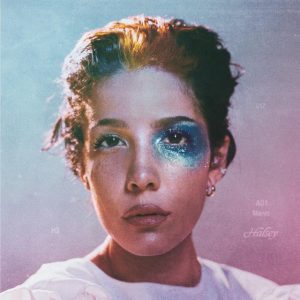 Halsey’s breakout appearance on Chainsmokers’ Closer, which splashed all over international charts in 2016, was a mixed blessing. Yes, it showed off her sleek delivery and and a charming everygirl image, but Halsey is a little more than that as an artist. Manic is an opportunity to demonstrate her range, borrowing sounds from baroque pop, rock, trap and moombahton and tying them together impressively.

Graveyard is one of the most straightforward pop tunes on the record, sporting a brilliant hook and syncopated claps that dance around punchy kickdrums, as is the Ed Sheeran co-write Still Learning. Her two collaborations with songwriter Greg Kurstin both pay dividends, the twanging acoustic guitar of You Should Be Sad contrasting with 3AM’s crashing drums.

Lead single Without Me is a powerful trap ballad about a bad breakup with rapper G-Eazy, complemented by a well-placed Cry Me A River interpolation, while Clementine pays tribute to the troubled Eternal Sunshine Of The Spotless Mind character with lyrics about mental health issues in a relationship.

Ex-boyfriend Lido pops up on a handful of tunes that flow into each other like movements of a suite, Forever … (Is A Long Time) through to I Hate Everybody taking the listener on a journey from melancholy to anger to confusion (“I just keep saying I hate everybody / but maybe I, maybe I don’t”). Its placement on the second quarter of the album is questionable structurally, but they’re some of the best tracks of the album with their ornate songcraft and production.

929 ends the album on a directly autobiographical note, plucked guitar creating a stark, metronomic backdrop to what Halsey has described as “like a freestyle in the booth”. It all adds up to a very enjoyable record, one that fits in well with the current pop landscape while also working beyond it.