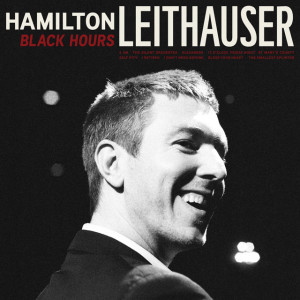 There are no splits anymore. People ‘consciously uncouple’ and bands embark on ‘extreme hiatus’. Yet, if we strip away the Orwellian double-speak, the fact remains: there’s no more Chris & Gwynnie, and (rather more upsettingly) there’ll be no more The Walkmen records – at least, until a lucrative headline spot at a big European festival becomes available, at any rate.

The Walkmen, at their very best, were the sort of band where the sum of their parts could make your blood seem to rush faster and the hairs on the back of your neck stand up. The combination of Hamilton Leithauser’s howling vocals and Paul Maroon’s incendiary guitar could, on songs like Angela, In The New Year and especially on the modern-day classic The Rat, sound incredibly thrilling.

So, the question that Black Hours poses, now that the New York band have embarked on their self-described “extreme hiatus”, is: can Hamilton Leithauser still sound as vital and exciting away from the chemistry of his bandmates? Black Hours seems more of an obvious evolution of The Walkmen’s sound, rather than a total break: although there are smoky, string-laden ballads and the odd dip into rumbustious art-pop, you can easily imagine most of these tracks sitting comfortably on his band’s final album Heaven (which is unsurprising, as Maroon remains part of Leithauser’s backing band for this album).

Opening track 5am cites Frank Sinatra‘s In The Wee Small Hours album as an inspiration, and it’s certainly an atmospherically doomy opener – strings swirl, and you can almost hear the rain bouncing off the window as Leithauser impassionately croons “Do you wonder why I sing these love songs when I have no love at all?”. The stage seems to be set for some mopey, post break-up musings, especially when looking down the tracklisting to see song titles like Self-Pity, I Don’t Need Anyone and I Retired.

Surprisingly though, much of Black Hours is, on the face of it at least, upbeat and celebratory. The influence of Vampire Weekend‘s Rostam Batmanglij, who acts as co-songwriter and co-producer for some tracks on the album, is obvious: Alexandra sounds like carefree and exuberant out-take from Modern Vampires Of The City, while The Silent Orchestra has a pleasant reggae lilt to it, although the mournful tone of Leithauser’s vocals means that the hint of heartbreak is never far from the surface.

That heartbreak is best encapsulated in I Don’t Need Anyone, probably the song that would most easily sit on a Walkman album, with Maroon peeling off some terrific guitar riffs against Leithauser railing that he’s the “last man running” and insisting that “I don’t know why I need you”. The heartfelt delivery would indicate the opposite, though.

What’s most impressive about Black Hours is how Leithauser can bounce from one style to another without disrupting the flow of the album. Although the often explosive drumming of Matt Barrick’s drumming is often missed, Leithauser’s vocals suit the more restrained setting. Also, when he’s paired with Dirty Projectors‘ Amber Coffman, as he is on the excellent, tropical-flavoured 11 O’Clock Friday Night, he sounds like a man reborn.

How ‘extreme’ The Walkmen hiatus will prove to be, only time can tell. However, Black Hours is a good indication that Hamilton Leithauser will be able to ease some of the withdrawal symptoms while they’re on a break.