Hamilton Leithauser – The Loves Of Your Life 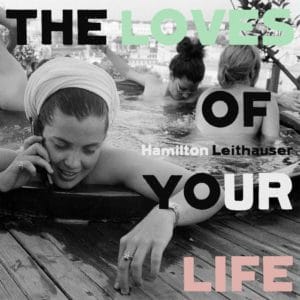 It’s been seven years since the cult NYC indie band The Walkmen announced their split, or as they put it at the time “an extreme hiatus”. Since then, former frontman Hamilton Leithauser has had a relatively prolific solo career, usually in collaboration with ex-Vampire Weekender Rostram Batmangli.

Loves Of Your Life marks Leithauser’s second official solo album (the third if you count I Had A Dream That You Were Mine, a co-release with Rostam), and this time it’s a more of a family affair. Leithauser’s wife Anna Stumpf appears on backing vocals with their two young daughters, and the girls’ school teacher also appears on half the tracks.

It’s a collection of vignettes about characters around New York City – a source of creative inspiration at the best of times, and Leithauser makes the most of it. Each song tells a different person’s tale – whether it be the troubled soul who escapes reality by spending all day in a movie theatre (Here They Come) or a stranger who the singer spoke to on a ferry in Cross Town Ferry (Walk On Ticket).

There’s also a studied sadness bubbling underneath a lot of these songs. Isabella tells the story of a young woman living in Manhattan, her parents paying her rent while she “rocks ’til dawn” and romances “star-struck Wall Street wolves” but who’s destined to never move on (“she did a year in college…but she never left, and she never will”). There’s also the break-up story of Wack Jack, where the protagonist vows to “keep your picture lying in a drawer”, while the nostalgic glow of Stars & Rats, about missing drinking with old friends in New York, sounds almost unbearably poignant, especially in the current lockdowned climate.

The sound of the album is less traditional guitar rock than fans of The Walkmen may be used to – Leithauser’s solo template is more woozy Americana, and it’s impossible not to draw comparisons with the likes of Bruce Springsteen or, especially, Tom Waits. It’s the latter’s Rain Dogs that often comes to mind, with Leithauser’s grizzled vocals even sometimes sounding like the old master himself, especially on Til The Ship Comes In.

It’s those off-kilter arrangements that keep Loves Of Your Life sounding consistently interesting. The female chanting and clattering percussion of Don’t Check The Score for instance, or the horn arrangements on The Garbage Man, which could almost be the score for an opening scene for a Big Apple-set indie film. The closing The Old King, with backing vocals by Leithauser’s children, makes an ideal album-closer for such a personal project.

It may not have the immediacy of old Walkmen songs such as The Rat or Angela Surf City, but these stories of New York characters have a charm and subtlety all of their own, which is rewarded by repeated listening.