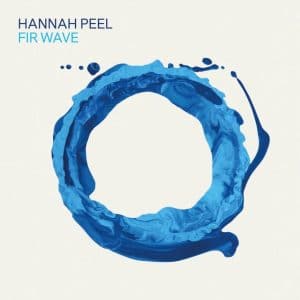 The ability of electronic music to paint pictures and stir emotions has often been questioned, but the lockdown conditions of the past year have given artists ample opportunity to quash those reservations from their bedrooms and home studios. It was in the latter environment that Hannah Peel wrote her new album Fir Wave, approaching it from the position of a composer with a great deal of experience in both analogue and electronic means. For this is a piece of work that has no confines, existing way beyond the four walls where it was written.

While sourcing her original material for Fir Wave, Hannah turned to the library music label KPM. They gave her permission to reinterpret music from their 1972 anthology of the music of Delia Derbyshire and the Radiophonic Workshop, a rare privilege giving an idea of the esteem in which Peel is held these days. She got to work re-sampling and generating new digital instruments from the sounds, feeding the results directly into Fir Wave. She brought in TJ Allen to work on the beat-based tracks Emergence In Nature and Ecovocative.

As these track titles imply, Fir Wave is an exploration of large-scale natural patterns and cycles, translating them into musical forms – a kind of extended set of symphonic poems for electronics. An immediate and lasting connection is formed with the Earth for the listener, making a release date of early Spring the ideal timing.

The album is structured with a natural ebb and flow that begins with the scene-setting of Wind Shadow, the ‘ahs’ of the implied vocal blossoming seamlessly into the beat-based workout of Emergence In Nature, an energising portrait of spring awakening. The beatific sounds of the following Patterned Formation are surely the rich blooms resulting from that process.

By contrast, the title track – representing a cycle within fir trees on mountainsides that takes place over hundreds of years – moves through several phases, the first of which somehow portrays the branches shedding snow. It culminates in a stately loop with gorgeous shading. Carbon Cycle is another slower moving beauty, where we get to fully appreciate the analogue-sourced colours of Derbyshire, who would surely have revelled in this music. When the beats return, as they do with Ecovocative, Peel has the riffs to match them.

The album functions on the one hand as a tribute to the electronic music pioneer, and on the other as a piece of music with primal connections that become ever stronger with repeated listening. A lasting admiration for Peel’s ear with colour and tone sets in, crafted as it is by an experienced and expert orchestrator. For the keyboard here really is a self-enclosed orchestra, and TJ Allen’s work in the percussion section sets it off perfectly.

To use an oft-heard cliché, Fir Wave is a life-affirming album – in the broadest possible sense. It celebrates natural phenomena that exist beyond our own life spans, to be present (we hope) long after we have departed. In that case it is an immensely reassuring piece of work, a reminder of how small we are in the bigger picture, and to fold the work of Derbyshire and the Radiophonic Workshop into the illustration is a stroke of genius. Now, who said synthesizers don’t have feeling?