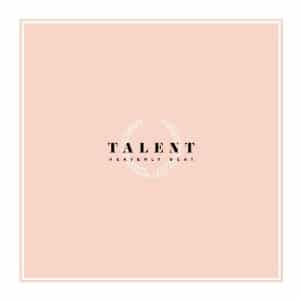 The brainchild of Beach Fossils bassist John Pena, Heavenly Beat is a basement side project with a name that couldn’t be more suited to the music. Heavenly Beat’s debut album, entitled Talent, is full to the brim of ethereal synths, soft vocals and wandering beats, which come together to create a blissful soundscape throughout. In fact, it is a credit to Pena that he has managed to form a spin off from Beach Fossils that doesn’t rely totally on the sound of his original group.

It is always tricky for artists to try and move away from the band they started out with and while some are popular, others struggle to really breakaway. While Beach Fossils have achieved some success and have received many favourable reviews, they have not had the mainstream popularity to put pressure on Pena’s solo project. Heavenly Beat doesn’t completely throw away the hazy, sunset atmospherics of Beach Fossils, but the new project is very much Pena’s own vision.

The album starts off as it means to go on, with the sprawling synths, sparse beats and wispy vocals of opener Lust. It’s followed by the very similar Messiah, which also kicks off with fluffy, swelling synths, before Spanish guitars and Pena’s hushed vocals float in to form the immersive final result. While the opening songs do the job of capturing Pena’s new post-Beach Fossils direction, they do not exactly leave you wanting more. Instead, the beginning of the record can only be described as a bit passive.

Elite is another soothing synth-led track, intertwined with a delicately played guitar, but like the opening tracks, it doesn’t really go anywhere. Then there’s the bland and emotionless title track, which barring an effervescent guitar riff, has little going for it. Talent is by no means a bad album, it just doesn’t evoke any sort of meaningful reaction. Faithless is also perfectly serviceable dream pop track, with a funky bassline and expansive synths, but it wouldn’t be overly surprising if it was used for ‘on hold’ music, either.

The main issue – and one that plagues many similar synth-drenched records – is the lack of definition between tracks. By the time you reach the halfway mark the synths begin to run into each other, while Pena’s vocals never really rise above a whispery tone. When Pena does allow for some variation, the results are more successful. Hurting relies less on dull synths and more on a vibrant steel drum sound, while the spanish guitars return for Presence, as Pena sings: “This side of haven, seems just like the other.”

However, if compare Heavenly Beat’s debut LP with similar acts, it fails to mark itself out as anything spectacularly new or different. For example, take Washed Out’s Ernest Greene’s debut album, Within And Without, which was released last year. In many ways there are a lot of similarities between the two records, but where Greene’s first effort trumps Talent, is in his ability to combine his muffled romantic musings with genuinely intriguing layers of synths and experimental instrumentation.

The same cannot be said of Heavenly Beat’s debut and consequently it suffers from sounding far too comfortable. Pena is clearly serious about his new project and parts of his first solo effort suggest he has ability and determination to succeed on his own. However, Talent is not the album that will launch him as the next big thing in the synth pop world. It’s an album that is perfectly inoffensive, but in the end, there is nothing here that hasn’t been done before – and done much better.