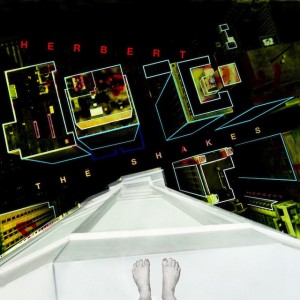 Qualities generally associated with Matthew Herbert include activism, topicality, restlessness and originality. There’s therefore a sense in which it’s quite surprising to find him return to more straightforward dance music and his Herbert moniker, used for the first time since 2006’s Scale.

After a few years focused on his more experimental, largely instrumental side (2013’s The End Of Silence might have been his most uncompromising, and certainly least melodic work), it’s both strange and refreshing to hear strong vocalists once again in the foreground in his music.

Ade Omotayo and Rahel Debebe-Dessalegne (from the intriguing Herbert-signed band Hejira) provide soulful inflections and clever phrasing, but also more theatrical stylings. With its emphasis on four to the floor rhythms and melodies rooted in show tune and jazz traditions, The Shakes often resembles Dr Buzzard’s Original Savannah Band, a much sampled disco big band from New York active in the mid to late 1970s.

At its best, The Shakes is clear, direct and urgent, with a powerful narrative of defiance and protest. Strong appears to be a power anthem for the marginalised 99% (“you may have the yacht but we still have the water”) whilst the playful Smart (articulated brilliantly by Debebe-Dessalegne), with its crisp horn arrangement, interlocking Cuban-influenced rhythms deftly integrates the personal and the political.

The theatrical elements come to the fore on Stop, which utilises both Omotayo and Debebe-Dessalegne in its brief moments of call and response interaction. Yet beneath the grand gestures of the vocal delivery, there is also a surprising delicacy and vulnerability in the production. This is a common feature across The Shakes – for all its emphasis on house rhythms and extrovert horn arrangements, it creates a curiously relaxed, sophisticated and tasteful atmosphere.

The second half of the album is dominated by more languid, romantic or cinematic ballads such as Bed or Safety, where the melodies are protracted or expansive, and the rhythm sounds weighted in favour of high end percussion over the bass drum pulse. In fact, the predisposition towards atmosphere and reflection in the album’s second half makes the sequencing a little stifling. It takes the epic closing track Peak (perhaps appropriately the album’s high point) to bring us back to the album’s stated aims and Herbert’s more comfortable spaces. It’s a track that unfolds slowly towards an organ-dominated, triumphant conclusion. It moves patiently but also with purpose, neatly combining the album’s dual concerns.

Of course, Herbert has not entirely abandoned his provocative and mischievous approach to sampling here. For Safety, he purchased used shells online to create some of the sounds and Strong appropriately includes sounds recorded at UK protest marches. Yet, overall, The Shakes doesn’t feel as coherent a socio-political statement as Plat Du Jour or One Pig. There is a sense, though, that the nuances and detail of The Shakes need careful unpicking. It might be a return to dance music, but it’s far from disposable.