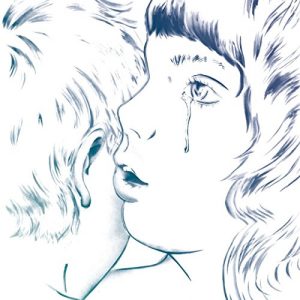 Nearly a decade on from Blind, their immersively addictive and so far most popular track, Hercules And Love Affair return with another stylishly polished deep disco album which echoes the spirit of New York dance. Omnion, the fourth record from the group formed by Andrew Butler back in 2004 after moving to the Big Apple from Colorado, once again features a revolving cast of collaborators.

The title track welcomes New Yorker Sharon Van Etten for a number which has a similar sound to College’s Real Hero. Her soft vocals take on the song’s narrative from a male’s perspective, bending gender out of its binaries. She brings a great vulnerability and fragility to the lines “Do you have a place for me? It’s what I wanted since I was a boy.” Lebanese rock band Mashrou’ Leila‘s singer Hamed Sinno and Icelanders Sísý Ey also feature in guest spots, the former singing in Arabic to gorgeous effect. Also in amongst it all are regular collaborators Rouge Mary – who gets two of the best tracks, the outright banger Rejoice featuring a fantastic vocal performance, and less immediate if none the lesser otherwise Wildchild – and Gustaph.

But it is Faris Badwan of The Horrors who steals the show. He features on two tracks, recent single Controller and Through Your Atmosphere. Listening to the former, it is near impossible not to let the beat take over your body. Controller sounds like something you’d expect to hear in a Berlin discotheque back in the ’80s, or the Chicago of Frankie Knuckles; a rather fruity number that would be at home soundtracking a spot of BDSM. Badwan brings effortless confidence to the passive lyrics “use me like a controller, tell me what to do, use me like a controller all the way though”. Through Your Atmosphere for its part sounds wonderfully futuristic, almost sci-fi in style. It is another dance triumph, and perhaps offers a pointer to what to expect on his band’s upcoming album V, out later this month.

There are other notable high points too. Lies is hypnotic synth house joy and sure to be played in late night festival sets for years to come. While Are You Still Certain?, which welcomes the earlier mentioned Mashrou’ Leila, is another memorable offering that slows the pace in comparison to the often rave-like velocity of the rest of the record. And Fools Wear Crowns finds Butler himself taking on vocal duties and singing about overcoming the addiction issues which he’s recently opened up about in interviews supporting this release.

Cutting a path somewhere between the sonic worlds of New Order and !!! (Chk Chk Chk), Omnion runs determinedly in Butler’s own unique direction, mixing decadence and daring and making for something rather special.