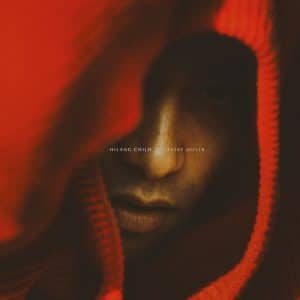 Albums released in January often feel like they occupy something of a special place. Appearing before the avalanche of new records that arrives later in the year, they have a little more space to stand alone and quietly establish themselves (even if it sometimes results in them being unfairly overlooked in end of year lists).

Every Mover, the second album by Hilang Child (the recording name of half Welsh, half Indonesian singer/musician Ed Riman), feels particularly well suited to its release early in the year, sounding especially fresh while providing some much needed hope and optimism amid the ongoing sense of disillusionment. It feels all the more impressive given how much of the album was a response to various personal difficulties and challenges Riman faced after the release of his debut album Years in 2018.

One of the defining characteristics of Every Mover is its expansive, upwardly mobile sound. It’s music with the wind very much in its sails. It’s a quality nowhere better seen than on the emotive, mountain-scaling lead single Anthropic (Cold Times). Lyrically, the track addresses an unnamed individual but its main message is more widely relatable with the simple line of “you love real life, relax, survive” offering comfort and reassurance.

Later, lyrics talk positively of how “when the curtain’s drawn, we’ll conjugate ourselves again and again” which could also pass for comment on the current world of lockdowns and isolation. Musically, like across the rest of the album, guitar, piano and synths combine to create appealing, lasting impressions. The rapid dynamics of King Quail and the buoyant liberation of Play ‘Til Evening strike similar notes. Ahead of the album’s release Riman spoke of how he’s often described as an openly emotional person and these songs feel like a sort of musical embodiment of it.

High definition tracks like these naturally stand out but the album also possesses more in the way of variety and nuance. Seen The Boreal and Pesawat Aeroplane both showcase pleasing shifts in scale and feature passages that hang in the air alluringly. The Next Hold and Magical Fingertip meanwhile are hazier and more horizontal, affording Riman’s voice space to grow and softly impose itself. Steppe offers another dimension, drifting away in a low-key style that wouldn’t sound out of place on a Sigur Rós album. It’s a moment of detachment and calm on which to end, and another moment to suggest that Every Mover contains more than enough substance and quiet power to last well into 2021.

More on Hilang Child
Hilang Child: “I write uplifting music to represent the feelings I want to be having” – Interview
Hilang Child – Every Mover