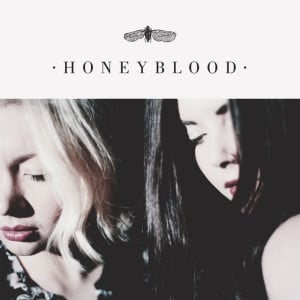 Since their inception as Honeyblood two years ago, Stina Tweeddale and Shona McVicar have been honing their brutal and upfront tunes, with solid and catchy singles such as Super Rat and Killer Bangs upping the anticipation levels for an album.

With a little help in America from Peter Katis (Frightened Rabbit, The National), they are finally putting out their eagerly-awaited self-titled debut. It’s also been a lengthy wait – this release was originally meant to be released in May before being pushed back – but the delay has luckily worked in their favour, given that it now arrives slap-bang in the middle of summer.

The attraction of Honeyblood when they first emerged was the ability to take the summery, breezy pop that Best Coast did so well on their debut and turn the distortion up by quite a few notches. On this record, it doesn’t take too long for them to make their intent known: buzzy guitars and raw, primal drumming. From the first few moments of Fall Forever, they’ve already managed to capture the listener’s attention and they’re reluctant to let go of that grip.

Fans of their releases to date will be pleased to know that Honeyblood is, for the most part, a rollicking album that offers some variation in songwriting and plenty of catharsis. It goes some way to delivering on the promise of their singles, because nearly every song feels like one. From Bud (which, without the fuzz, would sound like an Americana gem) to the ’90s grunge of Choker, there are hits aplenty. Only (I’d Rather Be) Anywhere But Here feels somewhat formulaic.

If there is one piece of Honeyblood’s armoury that sets them apart, it’s their lyrics. Devastating couplets seem to arrive in spades. Taking no prisoners, it’s hard to pick out a song that is uniformly upbeat and compliments the sunny melodies and hook that are littered throughout. Rather than be hidden underneath scuzzy layers, the record’s production ensures that the vocals are heard loud and clear above the racket.

All Dragged Up is raucous but still gives room for Tweeddale to deliver some cutting lines (“Growing old gracefully/Is an art form, you see”). In some cases, they transform a song from a little ordinary to compelling. The chorus of Fortune Cookie – “You know you’re destined to lose/When a fortune cookie dictates your next move” – aside from being delightfully sardonic, redeems the track from being forgettable.

The end of closer Braidburn Valley is a short and quite lovely coda, which sounds like a demo take, and makes for an interesting contrast to the frenzied nature of what’s come before. Tweeddale’s most heartfelt turn is left until last as the defiant anger is replaced by a much more tender side. That said, the 12 tracks before this point make for a thrilling and fierce LP. This is deeply satisfying and enjoyable – perfect for those who prefer their summer soundtrack to have a bit of firepower.