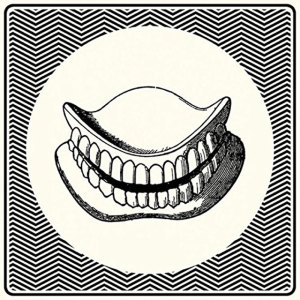 Mysterious Leeds quintet Hookworms released their excellent debut album Pearl Mystic to great acclaim just 18 months ago. Full of infectious, space-rock swirls and krautrock meets psychedelia beats, the record was, according to guitarist SS (they’re known only by initials in case you didn’t know), written “to an audience in the same way your diary has an audience”. The success of the debut was, therefore, wholly unexpected by the band itself.

This time around they appear more focused. “We knew we had a really clear audience,” SS continues. “We had a much clearer idea of what the record should be like.” And with the arrival of new drummer JN, a sense of new, vibrant energy is apparent. The tempo is ramped up as persistent, driving drums marry with pummelling bass to create a fearsome rhythm section that propels the album’s best moments into new territory.

Pearl Mystic opened with the sprawling, almost nine-minute Away/Towards, a track that, just like the disease the band’s name depicts, slowly buries itself inside. The Hum begins in stark contrast, with The Impasse bludgeoning its way through a raucous three minutes of swirling, distorted punk – apparently influenced by Suicide – where MJ’s uniquely distorted vocals meld into an even deeper well of reverb.

Whilst last year’s effort frequently slowed the pace, the lengthy Off Screen is the only real slowie on the new album, bizarrely reminiscent of a crawling, heavily distorted, swirling psychedelic version of U2’s Tryin’ To Throw Your Arms Around The World. The slow, pounding drums and Hammond organ chords create a stunning backdrop, occasionally punctured by electric guitar bursts; it’s one to lose yourself in over its seven and a half minutes.

With both albums including three instrumental breaks – entitled i, ii and iii on the debut and in continuation, iv, v and vi here – the number of ‘full’ tracks on each reaches only six, creating a false impression whereby each offering appears to take a form somewhere between an EP and LP. The instrumentals serve a purpose though, largely creating a sense of stretching their preceding tracks out further before mostly blending into the next track.

The driving, almost motorik, rhythm of single On Leaving combines with Hammond organ to create a sinister sounding backdrop before MJ’s rather more melodic and less-distorted than usual vocals appear alongside a weaving, snake-like guitar line; it’s simply a stunning moment of droning repetition that builds into a mesmerising, thunderous cacophony of splendour. Radio Tokyo is an upbeat blast of irresistible, psychedelic proto-punk that fades in and out of focus whilst Beginners is built around another similarly paced repetitive, propulsive beat where racing bass and wall of guitar noise create another brilliant sonic soundscape for MJ to furnish with those distinctive tones.

In contrast to Pearl Mystic that came to a rather tranquil conclusion with What We Talk About, The Hum departs in spectacular fashion as Retreat, the best song on the collection, takes shape. Built around choppy, crunchy Stooges-like guitars and an undulating organ melody, the song is perhaps the most focused and melodic track the band have released, everything coming together in almost six minutes of sheer magnificence.

There’s less spacey, Wooden Shjips-like swirls on The Hum than its predecessor but they’ve been replaced by a tighter, more prominent and driving drum and bass contribution, and when the band rock out they take some stopping. Whilst the debut got tongues wagging, the follow up is sure to get hearts pounding – a superb collection of tracks that points to a band that knows where it’s going. These Hookworms are ones you really must catch – let them bury themselves under your skin without delay.