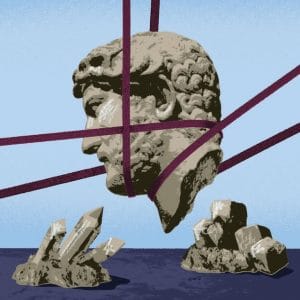 While the capricious, erratic behaviour of musical mavericks like Neil Young and Bob Dylan might enthral their followers, it’s always nice when a recording artist behaves in a rather more sensible, rational way. Five-piece pop act Hot Chip are a case in point. From the listener’s perspective, it seems as if Hot Chip have behaved rather like a customer services-orientated business: they’ve listened to their customers’ complaints, and they’ve sought to remedy their faults.

To explain: Hot Chip’s last album, 2008’s Made In The Dark, was a good record (it would certainly represent an all-time career best for Black Eyed Peas) but it never quite delivered the pop perfection promised by its predecessor album The Warning and its superlative lead-off single, Ready For The Floor. Made In The Dark was a purposely eclectic record, veering from the hyperactive disco of Hold On to ultra-sparse ballads like In The Privacy Of Our Love. But the album proved a mild disappointment not because of its all-over-the-place nature but rather because of its dearth of truly compelling songs.

But, much like Marks & Spencer, it would seem that Hot Chip are willing to change their approach to please their customers. “I feel like the melodies on the new album are much more in-your-face, and it’s more coherent,” said vocalist Alexis Taylor in a recent interview. “The songs are a little bit ‘straighter’ than (those on) Made In The Dark, there’s less craziness to it”, echoed Taylor’s bandmate Joe Goddard. And they’re right, too: One Life Stand is more coherent and there is indeed less of the slightly self-conscious ‘craziness’ that occasionally threatened to de-rail Made In The Dark. One Life Stand comprises a concise 10 tracks, the standard of which is consistently high.

This newly focused approach not only pays musical dividends; it also renders Hot Chip’s status as a ‘dance-pop’ act increasingly redundant. Although their work so far has been reliant upon synthesisers (and you can dance to a lot of it, too), Hot Chip’s most obvious musical antecedents on this record aren’t the likes of Daft Punk or Depeche Mode but eccentric, intelligent pop acts like Scritti Politti or Robert Wyatt (the latter connection was cemented by the band’s collaboration with Wyatt on a 2008 EP). Forget ‘dance-pop’ or ‘synth-pop’: One Life Stand is best defined as a pop-soul album.

The first single and title track completes hat trick of ace lead-off singles for Hot Chip (see also: Over And Over and Ready For The Floor). The strutting, aggressive verses give way to a soulful, hip-swinging chorus, only for a harsh synth squiggle to drag us back to the dancefloor. Closing track Take It In displays a similar mastery of soft/harsh dynamics: the ominous verses are abandoned for a soaring, romantic chorus with an unashamedly sentimental refrain sung by Goddard: “My heart has flown to you just like a dove”.

Joe Goddard has claimed that one of the album’s tracks was an attempt to emulate O-Zone‘s Europop classic Dragostea Din Tei (aka the one that goes “lay-ee-oh-hee, lay-ee-oh-haha”). He wasn’t forthcoming about which track it is, but the clever money’s on I Feel Better, which must surely be the second single. Goddard’s Auto-Tuned vocals at first promise an homage to Kanye West‘s 808s And Heartbreak, but the brilliantly melodramatic chorus – sung by Taylor as if he’s been waiting all his life to sing it – elevates the track to greatness.

The album’s two high points occur around its mid-point and both songs are Hot Chip’s most organic (ie. least synth-bound) to date. Slush is a ballad performed (mostly) in a 6/8 time signature. It opens with a curious vocal exercise filling in for the expected guitar arpeggio. Alexis Taylor (in fine voice throughout the album) sings a sweet, if derivative, melody. And then, at the song’s halfway point, some trembling steel drums arrive, Goddard loses all his vocal inhibitions and it transforms into a thing of staggering beauty.

The next track, Alley Cats, is better still and it might – might – just be the best thing Hot Chip have ever recorded. Its continually-evolving melody and pulsing rhythm recalls previous career highlight And I Was A Boy From School. But the song’s building blocks – Rhodes keyboards, sawing violins and dislocated, eerie backing vocals that recall Tusk-era Fleetwood Mac – hail from a different musical territory altogether. When the three vocalists harmonise on the line “There is no pain I don’t know”, it’s a true lump-in-the-throat moment.

This is great music. It’s also very English music. In recent years the idea of ‘English’ music has been debased through association with the horrible, aggressively heterosexual music produced by the likes of The Enemy. But One Life Stand feels English in the best possible sense: it’s cosmopolitan, unassuming and ever-so-slightly eccentric. Another record as good as this one and Hot Chip will soon be rubbing shoulders with Joanna Lumley and Stephen Fry in our pantheon of National Treasures.