by Sam Shepherd
published: 22 May 2006 in Album Reviews
Tweet 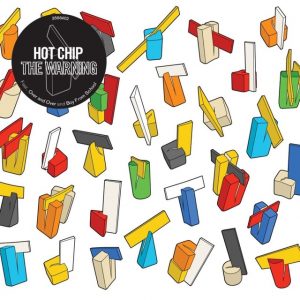 Here’s a band hell bent on fusing genres like there’s no tomorrow. Thankfully Hot Chip are considerably more accomplished at this musical splicing than most, and the resulting album, The Warning, is one that is a pleasure to listen to.

The Warning is in fact Hot Chip’s second album, having released their first, Coming on Strong for the immeasurably hip label Moshi Moshi, and although this album constitutes a massive step forward for the band, it is comforting to note that it was recorded in the same Putney bedroom as their first.

The band have recently had a foot in the top 40 and had many a foot a tapping in the clubs with recent single Over and Over; and it is a shining example of what they do. Alexis Taylor drawls the line “Laid Back” over a fairly innocuous opening gambit (which appears to draw inspiration from the theme to Knight Rider). Just as you’re settling into a laid back groove, Hot Chip move through the gears and the genres to force the song from the smoke filled lounge to the dance floor. This is a trick that the band (and they are a band as opposed to a bloke just fiddling about on his computer) employ successfully throughout the album without ever making it seem tired.

They reverse the idea for opening track Careful, which darts off with an electronic burst of beats and samples that sounds a little like Aphex Twin in his more commercial moments. Then Taylor’s vocals interject, transforming the song from pumping dance track to a folk track sung by someone who is terribly unsure of their voice. It is a jarring effect and one that can at first seem a little too uncomfortable. However, with the guidance of another recent single, Boy From School, which fuses a similar folk lullaby approach to the disco drive of Spiller‘s Groovejet, only a fool could fail to fall in love with this beautiful folky freak.

Tchaparian is at heart a Prince song, but rather than exude confidence, it creeps up quietly on you and injects you full of strange nerdy funk. It’s like discovering the bloke with the nervous tick and the greasy hair in the post room at work is really good at break dancing.

Although there are influences apparent in nearly all of these songs, not once do they seem overbearing. Not once does a song sound ripped off or unoriginal. What Hot Chip have done is to create a new landscape of electronica. Quite where you would file them is anyone’s guess. There’s plenty in the way of beats to pop them in the Dance section and there’s enough quiet moments to have them find their way over to Ambient. Quite often they manage to do both within a single song. Rather than concentrate on defining exactly what they are, it is more sensible to deal in certainties. Hot Chip will be the crossover act of the summer. And that’s a Hot Tip.