by Ben Hogwood
published: 17 May 2015 in Album Reviews
Tweet 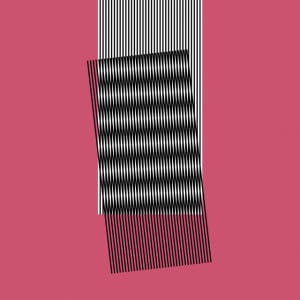 The need to make music is achingly strong for Hot Chip. So much so that in the intervening years since their last long player, In Our Heads in 2012, the band have once again turned to their many meaningful side projects – Alexis Taylor’s solo career, Al Doyle and Felix Martin’s New Build and Joe Goddard’s The 2 Bears continuing to flourish. Yet when they come together as a quintet, special things happen.

There is, however, a danger the band could become too typecast by their signature sound, and be unable to move too far from its template. The danceable beats, nagging melodic hooks and insightful lyrics, all delivered by Taylor’s caramel-tinted voice, are a winning formula – but as the band have alluded to in Domino’s press release, are they in danger of becoming too typecast in this area?

Not on this evidence. For this is the record in which Hot Chip keep their best elements while incorporating a more obviously live sound and, at the same time, making concessions to the music of the band’s youth. Stevie Wonder, New York and Philadelphia disco, late 1980s hip hop – all these and more get a stylistic check. Yet rather than deliver a record of pastiche songs, the band harness these influences and point their engines firmly forward in songs of deep meaning.

Key to this is the drumming of Sarah Jones, now more or less a full time band member, who creates a wonderful sway to the undercarriage of the band’s sound. Love Is The Future typifies this living, breathing approach, bringing in an unexpected cameo rap from De La Soul’s Posdnuos and arrangements from Scritti Politti’s Green Gartside, which presumably explains the lovely sweep of glittering strings towards the end.

There are plenty more reasons to rejoice. Need You Now unintentionally nods to Italian house, using a similar chord progression to Robert Miles’ Children as it takes a bleaker and uncompromising look at our vulnerable life today. In a similar thread lies the easy, low slung funk of Dark Night, whose lyrics are all the more meaningful for being sung slowly. “In my daydreams”, sings Taylor, “darkness finds me. It takes me somewhere I need to be”.

As the band explore a number of different moods, they begin with a great going out song. Huarache Lights is both a nod to a pair of Nike trainers and the sort of track you put on before downing the last of a drink and heading out the door. White Wine and Fried Chicken, on the other hand, is a soft waltz for collapsing in a heap, back on the sofa at the end of the night. We also get to enjoy some deadpan disco camp in the otherwise soft-centred Easy To Get, and a couple of slightly less distinctive album tracks.

Yet these pleasures pale into insignificance beside the closing title track. “Why make sense when all the world refuses?” asks Alexis. And then the band joins in with the vocals, hands on hearts. It is the most substantial and meaningful thing the band have done so far, gathering strength the whole way through, building inexorably to an all-out finish.

In revealing some of their insecurities, Hot Chip have reminded both themselves and us of their importance and relevance, and have made a record of both sense and sensibility. Ghosting up on the blind side, they are becoming one of the most relevant bands in British music today.