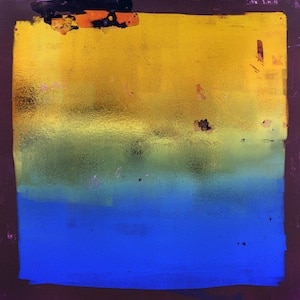 Ian William Craig is a trained opera singer from Vancouver, although he appears to have made a conscious decision to occupy a very different musical space from that of the stately opera house. A Turn Of Breath, his first album for the Recital label, is a beautiful and strikingly intimate collection of 12 pieces for voice and 1/4” tape manipulations. Very occasionally, fragmented acoustic guitar accompaniment creeps in, such as on the curious closing piece A Forgetting Place, which functions as a kind of afterword or appendix. This fascinating music sits in a fertile hinterland between the plausible influences of John Tavener and Christian Fennesz.

A stereotypical view of an opera singer might be of an imposing presence both physically and musically, but what is most affecting about A Turn Of Breath is the way Craig’s voice is subsumed within his overall sound collage. His voice proves flexible and multifaceted, sometimes offering vulnerable human emotion and at other times providing more textural sensations. The quasi-choral sound of many of the voice here might lead to speculation about some sort of devotional or spiritual element – and there is certainly something about the music that sounds purposefully isolated, perhaps even monastic.

Yet perhaps this is music that isn’t quite so interested in being secure in its convictions. This is a work that seems to explore fragility and vulnerability. For a mostly wordless recording, it feels like a defiant and honest creation. Inevitably, its meaning can sometimes feel translucent or enigmatic, with some of the pieces feeling like puzzles awaiting solutions. One of the most moving of the pieces, borrowing its title from Kierkegaard (or perhaps from Elliott Smith), is even called Either Or. Yet, as eventually becomes clearer, there is something of resilience and strength fighting to cut through.

What the listener can be clear about is the powerful and affecting contrast between the enveloping warmth in Craig’s layered vocals and the frostiness inherent in many of the tape sounds. The album feels like a coherently staged battle between turbulence and light – with the latter perhaps winning out during A Slight Grip, a Gentle Hold (pt 2)’s recourse to the English language (and also in the shimmering boldness of its accompaniment, which might be a harmonium or accordion). “I allow my heaviness,” he sings, seemingly achieving some form of acceptance and tranquility. It’s a different sort of peace from the weightlessness that meditative processes often strive for, but it feels convincing.

There are other notable reference points of course, from the intimacy and manipulated structures of Arthur Russell’s World of Echo songs, to the layered one-woman choir brilliantly constructed by Julianna Barwick via the ceaseless wonder of William Basinski’s Disintegration Loops. Admirers of that music will find much to enjoy here, yet it feels that none of these comparisons are entirely adequate. Ian William Craig has found a different kind of sonic space, one which allows for a wider exploration of the transcendent potential of the voice.