Iceage – Plowing Into The Field Of Love 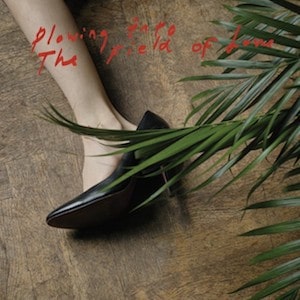 Album number three is typically the point where bands try something different. You’ve gained some stability, you’ve at least some evidence that you aren’t a one shot kind of act, but you’ve also got to deal with the fact that people, generally, have pretty short attention spans. Better, therefore, learn some new tricks.

Then you show the people the new tricks. And they look at you and they frown. “What are these tricks?” they ask. “Where are the old tricks?” they enquire. “Why would you mess with the tricks we liked?” they demand with pointed intent.

Plowing Into The Field Of Love is Iceage demonstrating new tricks – tricks which they pull off quite magnificently. As an album it is better than the two which preceded it; bigger, bolder and grander.

Plowing Into The Field Of Love takes that evolution further. They experiment more, they take more time and they lead you in unexpected directions. For example, Against The Moon is a subtle, almost jazzy lament that’s made from the same fuck-you bloody mindedness that gave Frank Sinatra his most famous four and a half minutes. Bow-tie dangling around his neck, his tuxedo crumpled, glass of single malt in his hand, singer Elias Bender Rønnenfelt croons “Whatever I do / I don’t repent / I keep pissing against the moon”.

It is absolutely brilliant. Honestly, if two years ago you’d suggested Iceage might next have a stab at writing My Way for the blank generation, it’d been difficult to accept. And yet, here we are. But what’s even more skilful is that in spite of all this diversification and broadening of palettes, they’ve not lost the vicious, battering energy which has propelled their career so far.

Let It Vanish is frantic, chest pounding and howling with emotion, as Johan Wieth unwinds tight squalls of guitar over battalions of rolling drums, whist Abundant Living has echoes of the Pogues, both in the closing-time slur of their lead singer and the knees-up anthemic tone of the music.

Whereas before they resembled The Birthday Party, here they are closer to blossoming into Nick Cave & The Bad Seeds, adding all manner of more classical instrumentation to their repertoire. Mandolins, creaking violas and horns are all added with a natural ease: the solemn Glassy Eyed, Dormant and Veiled is made even more plaintive by these parps of bugle calls piercing the track while the carnival of horns which close Forever add a joyous burst of colour to proceedings.

This isn’t an album short of confidence or ambition, two things which in excess have totally crippled many a band’s endeavour. But not here. Not Iceage. There isn’t a weak track on show. It makes Plowing Into The Field Of Love a truly impressive piece of work.