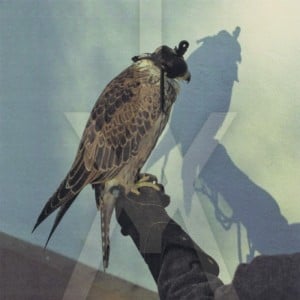 “It was a last-minute thing,” says famously reticent Iceage frontman Elias Bender Ronnenfelt of the decision to release their second album with Matador. The label enjoys a well-established relationship with What’s Your Rupture, who released Iceage’s debut, and album that was accompanied by a highly successful PR campaign that pushed the hype well beyond the album’s potential or merits. It’s almost as if it was all planned from the start.

Yet the fresh-faced foursome adopt an air of insolent innocence, content to carry on playing their club gigs, gamboling around the tiny stages like the Andrex puppies of punk, cutely unaware of the hard-faced commercialism behind the camera. Certainly, if plans were afoot to turn the Danes into a slick corporate hit factory, no-one told them – for You’re Nothing is as obtuse, noisy, amateur, and sometimes thrillingly good as its predecessor.

The production is still as lo-fi as ever, and on occasion they speed up and down like a year 10 combo let loose on morning assembly, while Ronnenfelt continuously employs that punk singing style where all notes slide away from their original pitch just in case it was accidentally in tune. There’s a song in Danish, too. But it’s still a weirdly engaging vocal performance, higher in the mix than before, and with a new commitment and confidence in every scream and shout.

There are tunes here, too, spread illiberally around the tracks like miser’s Marmite. The sparkling guitar introduction to In Haze could almost be Bloc Party, and there are more rousing and ringing riffs to be found within the track – although they bring the track to a halt each time it occurs, as if afraid of the momentum they’ve created. Wounded Hearts’ nagging “no no no” refrain is the most nakedly poppy moment, while the snare rolls of Awake are the noisy nephew to The Smiths‘ Bigmouth Strikes Again.

It’s an intriguing mixture of pure punk, post punk, and first-wave emo – think Fugazi or Rites Of Spring – though the moments of deliberate discordance are as frequent as the buried melodic gems. This is no unit-shifter. So what’s going on here? Perhaps Matador see Iceage as another U2 or REM, uncommercial ugly ducklings who turned into lucrative swans once their full pop potential was unleashed. This is not about what they are, but what they could be.

The irony is that if and when they decide to make their music a little more accessible and a little less “genuine”, they’re a lot more likely to pick up genuine, devoted fans. Let’s hope they can find a way to do this without compromising their principles – and before the overlords run out of patience.