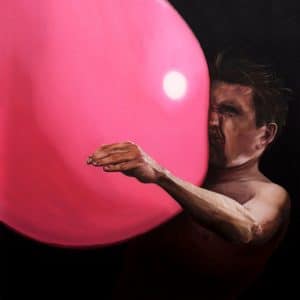 While Idles have maintained an ascendent trajectory since their 2017 debut album Brutalism, they’ve also taken a fair bit of flack, perhaps unfairly: accused of virtue signalling, pretending to be more working class than they are, and not doing enough to really help the causes they claim to support. Their last album was called Joy As An Act of Resistance, but from some quarters they’ve been told that their acts of resistance need to be, well, more active.

Ultra Mono is thus a concerted effort to tell both their fans and their critics, in no uncertain terms, what they stand for. The title might sound like a kitemark of audio fidelity from an alternate universe, but according to frontman Joe Talbot it stands for being “as present, in the moment as possible”. If the album’s sound and mood is anything to go by, it’s also something of a battlecry: while there are messages of kindness and love here, there’s also a good deal of confrontation and rage, directed both at the haters and at society’s greater ills.

Idles’ theory of being present in the moment was carried over in practice to the album’s recording, with some of Talbot’s lyrics written in the vocal booth. Unfortunately this is sometimes all too apparent: some of the songwriting is barely above the level of Instagram poetry. The balance of wit and earnestness that gives Idles’ previous two albums their character has de-centred. The bombastic self-affirmation of Mr Motivator is rather Idles-by-numbers, with lines that could easily be lyrics discarded from Joy track Colossus – and following them with the query “How you do like that cliché?” doesn’t redeem them.

Strangely, and perhaps tellingly, the lyrics tend to be better when they are adopted or paraphrased from other songs: “I beg your pardon, I don’t care about your rose garden,” in the witty Model Village; and in Danke, “True love will find you in the end,” hollered over a barrage of martial drums. But more often they are right-on but unsubtle, as in opening track War, in which Talbot yells “This means war, anti-war,” and Jehnny Beth collaboration Ne Touche Pas Moi with its repeated chorus of “Consent!”

While their dominant guitar sound remains the same as ever, Idles set out to bring a hip-hop feel to Ultra Mono, enlisting rap producer Kenny Beats to work on several of the tracks. The hip-hop style production combined with Talbot’s tendency to shout his vocals means that the sound occasionally strays uncomfortably close to nu-metal, but elsewhere it adds a welcome breadth to their punk sound. The drumming is bigger and more prominent and there are some flashes of guitars imitating synths and samples, in the same vein as Rage Against the Machine and latterly Girl Band.

The last few tracks are the strongest and show the most evolution: the sax on Reigns; the siren-like guitar and massive, almost Latin drums on Danke, which sounds like a stripped back Gogol Bordello. If only the whole album sounded as exciting. It’s positive, it’s recognisably Idles but they’re stepping out of their comfort zone here. Importantly, like much of Ultra Mono it’s shamelessly self-affirming, culminating in the final line: “I am I.”

Idles have begun to act on what some of their critics have been saying, for instance booking a cohort of eight supports for their upcoming tour that includes no all-male acts. But their message in Ultra Mono is uncompromising: “You say you don’t like my clichés,” Talbot says in The Lover. “Fuck you, I’m a lover.” It’s unsubtle and it’s inconsistent, but Ultra Mono has an awkward frankness to it that isn’t entirely without charm.