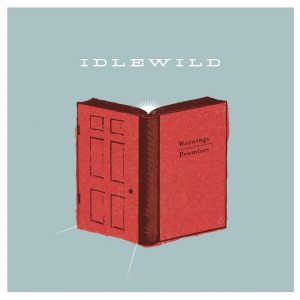 With their last album The Remote Part, Idlewild threatened to become one of the biggest bands in Britain. Singles such as You Held The World In Your Arms and the sublime American English saw Roddy Woomble and co become household names and ensured lucrative dusk slots on the festival circuit. They were no longer just an underachieving punk band – they were now a serious proposition, with the potential to reach Coldplay-esque heights. All they needed was another killer album – Enter Warnings/Promises.

With the huge success of The Remote Part, it was hardly likely that Idlewild would pull a Kid A on us – another album of equal quality and similar style to the last would be the best formula to renew their love affair with the press and public alike.

That’s exactly what they’ve done – From opening track Love Steals Us From Loneliness onwards, there isn’t a hint of the old Idlewild in sight. Warnings/Promises is an album filled with melodic pop songs and big choruses that will almost certainly transport Idlewild into the big league. So is this is good thing or a bad thing?

It’s a good thing in the respect that the mellowed out Idlewild are a far better band than the old Idlewild. They’re now a five piece and Woomble has discovered the art of melody. Early recordings such as Captain and Hope Is Important had their moments, but were often dominated by his over zealous vocal delivery, rendering them inaccessible to the casual listener.

It’s bad news however for fans of these albums. They will be disappointed and frustrated that Idlewild are no longer a hard rocking punk band, and thus will almost certainly jump ship upon the arrival of Warnings/Promises.

If you fall into this bracket, it’s important to realise that this is a totally different band to the one that emerged in 1998, something that Woomble hints at on The Space Between All Things -“You’re at that indecisive age to choose the colours that reflect you,” seemingly accounting for the band’s rather mixed back catalogue. They’ve haven’t in fact sold their souls to their record company – they’ve merely grown up, found a sound that they’re comfortable with and are creating fantastic music as a result.

Issues of selling out aside, Warnings/Promises, from an objective standpoint, is a great album. Love Steals Us From Loneliness is a superb opener. It begins with a wall of crashing guitars and leads into an unforgettable chorus. It’s trademark Idlewild (Or Neo-Idlewild should I say), much in the same mould as You Held The World In Your Arms.

Welcome Home, I Understand It and El Capitan are other highlights on an album which will give Woomble problems in choosing the set list for the upcoming tour, such is the abundance of quality songs. These are magnificent, unashamed power ballads – uplifting and ridiculously melodic, they are everything you could ask for in a piece of music. They’re destined to be sung back to the band at venues across the country and are obvious choices for future singles.

Not Just Sometimes But Always and Disconnected are beautiful pieces of music that Coldplay will do well to better when they return later this year – the only thing this album lacks is an all out rocker like A Modern Way Of Letting Go, but when the quiet bits sound this good, that’s an irrelevance.

The inanely repetitive I Want A Warning is the only blip on an otherwise magnificent record. It’s taken three years and a trip to LA to record, but the end result has definitely been worth the wait. Idlewild have delivered the album of their career, and are about to get very big indeed.