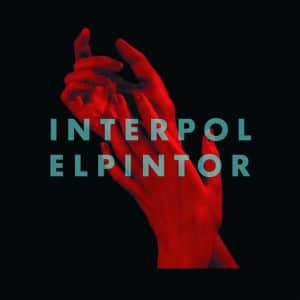 You’ve got to hand it to Carlos Dengler. It’s been four years since he left Interpol, and we’re still talking about him. Admittedly, this has a lot to do with the timing of his departure, just before the release and just after the completion of the last album. Given his penchant for the dramatic you wonder if that was the plan all along.

Leaving when he did meant that, in addition to going through the reasons and the impact of his exit then, and despite the fact he had actually contributed to the recording, the same ground would be raked over once the band actually made another album without him. It is inevitable.

Given the inevitability, let’s get it over with. How would Interpol realign to fill the Nosferatu shaped hole that Dengler left? While it was always unlikely they were going to try to find someone similar – you’d imagine all of the Craigslist posts in the world may struggle to turn up anyone who fits the description of gun-holster wearing aesthete with a greyhound named after a Roman emperor and own Fender Jazz – there was an opening to be plugged.

But while practically, someone was going to have to play the bass, there was less need for any additional creative input. The remaining members have demonstrated pretty strong musical personalities, albeit less impressive moustaches. The fact is that this was Daniel Kessler’s band in the first place, while Paul Banks‘ solo career progresses into increasingly interesting places. The image of Sam Fogarino as a stoically superb drummer for-hire, who will almost certainly waltz off into the sunset and another band once Interpol has run its course, is hard to shake. They’re all good reasons why they didn’t need another Carlos.

In fact, in addition to not needing another Carlos, they’ve not even needed another member. The solution to the logistical question of who picks up the four string is unfussy, elegant and very Interpolian. They’ve promoted from within: Banks picking up what Dengler put down.

Unfussy, elegant and very Interpolian sums El Pintor up rather well. The major problem with the last album was the lack of direction. It drifted along, in thrall to it’s own atmosphere without ever getting to any sort of point. Whereas this is laser guided and pointed enough to attract passing porcupines.

All The Rage Back Home sounds urgent and vital, driving forward on the twin jets of Kessler’s arpeggios and Banks’ propellent basslines. My Desire is serpentine, writhing with dark romance and Anywhere demonstrates Interpol’s icy control of doomy space.

It has pace. It has urgency. Whatever has been ejected seems entirely extraneous and whatever is left glares at you with gimlet-eyed purposefulness. The gloriously portentous Blue Supreme is one of several occasions where Banks demonstrates an adept falsetto. Everything Is Wrong pits a trembling guitar line against yet another propulsive meshing of bass and drums, while the fabulous Breaker 1, complete with one of Banks’ most emotive vocals, called in from a world beyond, is commanding. It builds relentlessly to a beautifully succinct conclusion.

El Pintor is sleek, minimalist and brilliantly realised, and is the band’s best work since Antics. So how would Interpol realign? Triumphantly.