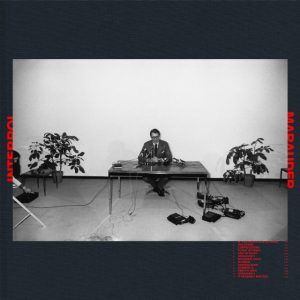 As we get older, it is a sad fact that things lose tension. Muscles. Hair follicles. That which gives our principles their rigidity. Because time is both a healer and an able demonstrator that maybe, just maybe, the way that you thought was the only way to do the thing is in fact, not the only way to do the thing. This isn’t always a bad thing. You can find that as life’s experiences mount up, other ways can be better ways. As any Uber driver will tell you, the destination is more important than the route. Usually.

Marauder has a sense of that. That Interpol, six albums and 20 odd years in, having recently had a dalliance with nostalgia both written (Lizzy Goldman’s Meet Me In The Bathroom) and performed (2017s 15 year(!) anniversary tour of debut album Turn On The Bright Lights), are now comfortable enough with who they are that they can start not living up to expectations.

It’s the lightness that comes from leaving your baggage at home, striding off into departures with only the pants on your legs and the passport in your hand, aligned with the calmness derived from the knowledge that regardless, it will end up alright. It stipples Marauder with a devil-may-care attitude. A certain joie de vivre. A certain freedom.

So the album sees Interpol trying some new things, leaning on some preconceptions and loosening some of the ties which have previously bound. And it makes Marauder an extremely rewarding listen.

Of course, it’s still Interpol. Chiming guitars wind hither and thither, arching and chiming across Stay In Touch, Surveillance and Number 10 in a way which could belong to few others. But whereas Interpol records have always previously been portentous and hefty, Marauder is lighter, looser and slightly scuffed.

And slightly mixed up. So the spindly guitar lines which squiggle through The Rover could hardly be any more Interpolian, but the way they tie around a skittish beat and a frenzied vocal from Paul Banks is as wild-eyed as they’ve appeared on record.

Elsewhere, the upstrokes and angles of Complications see the ‘Pol skanking their way through a number for the first time in history. The gallivanting If You Really Love Nothing is bouncy, unbound and almost whimsical while the closing It Probably Matters may well be the best thing on here. Simultaneously funky and vulnerable, full of graceful flourishes, it is not a bad summation of what Marauder manages. To take the language of Interpol and express something new.

It’s likely that some of that is down to the influence of producer Dave Fridman. He dismissed the use of ProTools and placed various restrictions on how the album was recorded. So, in one of those no-shit-Sherlock type occurrences, Marauder sounds more jammed and less polished than other Interpol albums because it is.

From that an album has been produced that sounds like a band heading down new avenues with a confident swagger and a emboldened sense of purpose. Interpol may be getting older, but on this evidence they’re also getting wiser.