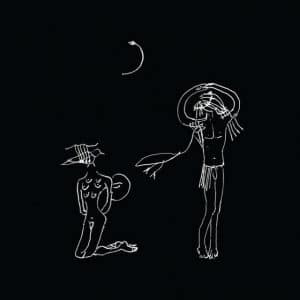 Along with the winsome and ambiguous charm that has characterised Isobel Campbell‘s musical journey since starting out with Belle and Sebastian in 1996, her new record on the V2 label has the kind of wondrously imaginative flourishes of the very best of the current alt folk hegemony.

A wondrous concoction of dreamy singing and subtle instrumental arrangements, Milkwhite Sheets speaks in that same, strangely antiquated language of Devendra Banhart’s “freak folk” while at the same time abounding with pop sentiments, and anyone lucky enough to have procured themselves a copy of Josephine Foster‘s recent genre classic Hazel Eyes, I Will Lead You will drool at the thought of that type of high art folk shot through the beatifying gun of pop.

The landscape of Milkwhite Sheets is bleak and expansive, like the black and white images of Bergman’s Faro coastline, but Campbell’s gift is such that no matter how deep she goes into moods and pastoral dreams, her songs emerge with an iridescent kind of glow. O Love Is Teasin’ opens the album with a gentle intent that has all the gravitas and grace of great Belle and Sebastian recordings, and though Milkwhite Sheets is in essence a journey back through time, its modern soul and arrangements make it a formidable modern work.

Traditional songs are portrayed with unceasing care in the manner of last year’s essential Espers covers album, The Weed Tree, complimenting the ambiguity of Campbell’s original pieces as they go. Willow’s Song (a version of which appeared in this year’s lamentable Wicker Man remake) and Are You Going To Leave Me? are distinguished by twisting vocals as light as air, winding themselves around mandolin, flute and spectral percussion as the songs build to spendidly-wrought, tumultuous climaxes. Other traditional numbers like Hori Horo and Reynardine are strikingly beautiful in a more conventional manner, shimmering with acoustic guitar flourishes and picturesque singing, like they’ve come directly out of a Hermann Hesse fairy tale.

Of Campbell’s own originals, Cachel Wood captures the quintessentially pastoral sound with utter wonder, while Yearning and Thursday’s Child are glimmering snapshots of modern psychedelia, quietly ebbing with classic cello and twinkling guitars to stunningly understated effect. Consummating the relationship between young and old, Beggar, Wiseman or Thief is a modern folk tale to behold, twinkling away in its misty-eyed dream world until you too become a part of the haze.

Whether assimilated or original, the whole feeling of Milkwhite Sheets suggests that Campbell has embarked on her journey back through time on the back of the sweetest of dreams, and her lone voice in the spectacular song poem Loving Hannah is an emblem of her utter conviction. While her old Belle and Sebastian crew continue to excel in literary-inflected modern pop, she’s obviously too immersed in the fascination of her own musical realisation to go with them, and a beguiling self-absorption is what makes Milkwhite Sheets the deepest justification yet of Campbell as a solo act. An album of searching grace and innocence, this is the voice of ancient souls portrayed through the medium of a true indie heroine.