Isobel Campbell – There Is No Other 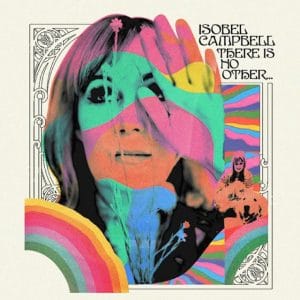 Isobel Campbell made her name as part of the indie darlings Belle and Sebastian before branching off into a more diverse solo career alongside three significantly acclaimed albums of duets with former Screaming Trees and sometime Queens Of The Stone Age singer Mark Lanegan. Together they presenting a musical force that emulated a whisky soaked Lee Hazlewood and Nancy Sinatra. Her solo career also had some critical acclaim, but following Amorino and 2006’s Milkwhite Sheets, this side of her has been… somewhat absent.

Off the back of the positive reaction for her earlier work, in 2014 Campbell signed a recording contract and then began making a new record. However the label closed, and she found herself lost in some form of legal trap which she describes as being similar to both enforced retirement or prison. These challenges mean that it has been 14 years since she has released a solo album. The recording of this one was made after Campbell moved to America, and it has been recorded with musicians who have made music with a broad range of indie artists. However the frustration of completing There Is No Other in 2016 and not actually being able to release it until 2020 has been understandably frustrating – for both Campbell and her fans.

Despite its delay, the listening experience is one that truly rewards the listener. Here is a solid, upbeat album with some of the aspects of her career that we would expect, and several that we wouldn’t. The usual immediate consistentcy of Campbell’s beautifully delicate voice fronts significant musical diversity in terms of styles, which remind of how accomplished she has become as a musician. There are folk songs, pop songs, breezy Californian ’60s songs, classic indie songs, soul tinged songs, and even a rather unexpected Tom Petty cover.

Opening track City Of Angels sounds like it would fit on her previous album, with a sound that fans of Milkwhite Sheets will be familiar with. She follows with that Petty cover, Running Down A Dream which, unlike the original’s electric guitar riff tethers, heads in a synthy electro direction. Throughout the remainder of There Is No Other, Campbell weaves the journey though styles well, to the pinnacle of the brilliant country soul of The Heart Of It All.

As a whole this feels somewhat like a departure for Campbell. She has experimented as a solo singer and band member with hints of all the styles contained here, but it does feel strange to hear them all in one place. Yet it completely works. Campbell’s voice now has a strength to it that almost evokes someone like Cat Power. It feels like the fight to get control of this album back was worth it, and the hope has to be that this motivates her to keep on creating and exploring in the way she has here.