It Hugs Back – Laughing Party

by Ben Hogwood
published: 7 May 2012 in Album Reviews
Tweet 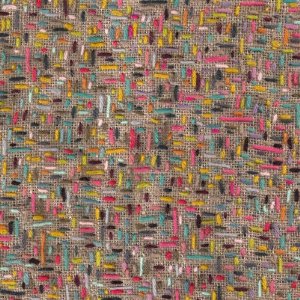 Listening to the second album from It Hugs Back, the time honoured saying about ‘what doesn’t kill you makes you stronger’ comes to mind. The Kent quartet caused a succession of ripples with their attractive 2009 debut Inside Your Guitar, a record that gave promising examples of the ability to conjure up slowly evolving but interesting guitar-laden textures. These took place over structures big and small, supporting soft and often soothing vocals.

For reasons unknown, it didn’t fully catch on – but here they are back for more, relocating from 4AD to Safe And Sound. And do you know what? The switch has done them the world of good. It would appear the band has fallen under the spell of Krautrock – and it suits them. Bravely kicking off with The Big E, an opener that weighs in at just over a quarter of an hour, they sound confident, ballsy and propulsive in their music making – and the riff powering proceedings grows in stature with every repetition. Few words are needed, and those that are sung are barely audible, but it’s the overall feel of the music that works well, a mood effortlessly created.

There is more of a sense of light and shade in the band’s music this time, a sense that on a track such as Massachusetts that we are able to see more of their dark side than we did previously. Yet this eventually finds a consoling response to its darker questions through the familiar form of the sotto voce vocal, a technique that serves the band well once again here.

Another long track, Times Square, prepares us for the album’s closing paragraph with a three note motif that again manages to dominate for longer than it has the right to, the new motif oddly restful and comforting. No One Should Know, meanwhile, exhibits a low slung bass that adds a bit of steel to the sound, far more so than they used to have.

In this sense the band lean towards the territory of an outfit like Secret Machines, able to take small cells of melody and stretch them across bigger structures, adding their few vocals at just the right time for maximum impact. The intensity barely flags across the whole duration of Laughing Party, whose title must surely be flippant. There are few laughs here – but there are plenty of thrills, the hug of the band’s name now delivered of a tighter chest and noticeably sharper nails in the back.

It Hugs Back MP3s or CDs

It Hugs Back on Spotify