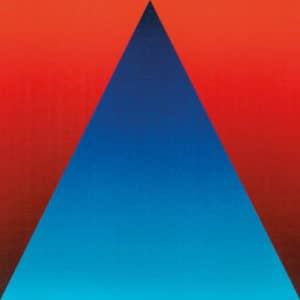 Ten years is an awful long time in pop music, and to spend that length of time between albums is usually regarded as a bad sign. Yet an admission that such a rule exists reveals the number of constraints imposed on singers such as Jack Peñate, who are expected to conform to all manner of expectations when surely the removal of those rules would be more productive.

Peñate is returning to the long playing game with After You, his first album since 2009’s Everything Is New. It is heartening to note he remains on the same label, XL, and interesting that he is not the only prodigal artist to return this year after a sizeable break: three mainstays of 1990s radio, Des’ree, Dido and Lighthouse Family, are all back from long stints in the wilderness.

Peñate has not enjoyed the commercial success of those three, which is a shame since his music has rather more to offer. One of his assets is raw honesty. Many artists in his position would have looked for a big back story to explain a decade-long absence, but he is candid in stating that he was simply getting to know how to produce his own music better.

After You implies things may have gone deeper than that, even. “I got lost,” he confesses in the opening lines of Prayer, “trying to be what I know”. He sets a relatively troubled scene, his vocals given a layer of distortion and backed by a pleading gospel chorus. The mood continues into Loaded Gun, sitting on a lyrical edge with its burdens despite an airy, blue-sky beginning.

As the album settles so too does its singer. Peñate is at his best when adding rhythmic impetus to the songs, and Murder is the pick of these, its offbeat style getting the hips swinging and feet tapping. Round And Round has a spring in its step too, one of several early numbers retaining the breezy approach of his best songs from Everything Is New. On the flip side, Cipralex shows the singer’s vulnerable side.

Gemini is a notable and striking piece of music at the album’s core. Its rippling piano and wordless vocals cut to a spoken-word passage from The Rhyme Of The Flying Bomb, a pacifist poem by Peñate’s grandfather, Mervyn Peake.

Unfortunately after a strong first half the album flags a little after this. Let Me Believe has what might be Brexit parallels (“I wanted it all, wanted us to remain”) and a spiritual undertone, but is on the ragged side, while GMT feels less inspired, wide open and attractively arranged but mid-paced and ultimately difficult to recall. Ancient Skin and Swept To The Sky recover the situation with poise and intimate asides. As After You’s obvious postludes, they sign off in thoughtful mood.

Despite those reservations it is great to welcome Jack Peñate back to the fold. After You may plough a relatively safe furrow in its construction and execution, but he is a very relatable singer, and the keenly felt blue-eyed soul on here should win him new converts. Now that the monkey is off his back, so to speak, we hope to see him blossom once again – and offer a prayer that it won’t be another decade until he returns.