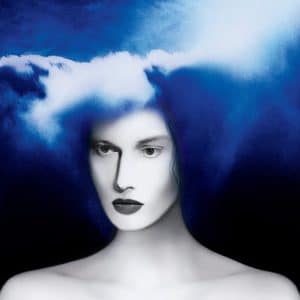 After a four-year gap, Jack White’s third solo album Boarding House Reach proves to be the musical maverick’s most ambitious and eclectic of his career yet. He has moved far away from the garage blues-punk of The White Stripes, the crunchy power-pop of The Raconteurs and the heavy scuzzy-rock of The Dead Weather, or even the reined-in rawness of previous solo albums Blunderbuss and Lazaretto. In Boarding House Reach White gives himself a free hand, and the result is a more experimental and surprising work.

Not only has White written and sung all the songs, and played various instruments on them, he has produced and co-mixed the album at his own recording studio and co-released it on his own record label. The positive aspect of this is of course his complete artistic licence to pursue his own vision, but the downside is the danger of self-indulgence without constructive criticism. The end product is patchy brilliance. Fascinatingly varied, the 13 tracks (including three short, stream-of-consciousness spoken-word pieces) sometimes feel a little unfinished and fragmented.

In the past White has been eccentrically and endearingly attached to analogue music-making in a business dominated by bland homogenization, but now he has finally embraced digital sound recording techniques – perhaps indicated by the androgynous android cover art. Boarding House Reach is easily his most “produced” album, though it’s far from a smooth listening experience.

Opening track and lead single Connected By Love features throbbing synths, swirling organ and soaring female backing vocals in the chorus, giving it a gospel feel with an uplifting vibe, as White passionately pleads: “Forgive me, and save me / From myself / Don’t forsake me, woman / And go and choose somebody else.” The outstanding Corporation is the longest track at over five and a half minutes, with White’s vocals not entering until over halfway through. It has a terrific rhythmic drive with funky bass and electric piano, plus conga drums, like hyped-up ’70s-style Stevie Wonder or George Clinton.

Hypermisophoniac is full of discordant electronic effects and distorted guitar chords in a hymn to sound-rage: “Every sound I hear / Is louder than the last / Sounds like a dynamite blast / When you click your teeth / I need relief.” The oddly named Ice Station Zebra has no discernible link to Alistair MacLean’s Cold War thriller. It’s a highly percussive electro hip-hop number, with improvised jazz piano, as White raps – yes, raps – about the importance of individual artistic freedom: “Everything in the world gets labeled and named … You create your own box, you don’t have to listen.” But the unclassifiable White doesn’t have to worry about being pigeon-holed.

With jet-propelled drumming, squealing guitar and artificially high-pitched vocals, the tempestuous Over And Over And Over blows like a whirlwind as White invokes the myths of Sisyphus and Atlas to express how bowed down he feels with the burdens of life. Respect Commander starts off as an instrumental with a relentless, wood-pecking drum machine threatening to speed out of control, then about halfway changes into a swampy blues with White’s shuddering guitar and impassioned singing about how he is happy to be disciplined in love: “She commands my respect / And I can’t recollect / A better time in my life.”

The musical mashup Get In The Mind Shaft is about White remembering how he discovered the joy of creating music: “I didn’t know how to play piano / So I just fumbled across the keys… And after a while / I hit three notes together / At the same time.”

The final track has the strangest provenance. Humoresque is White’s take on the lyrics Al Capone set to the charming piano tune by Czech composer Dvořák while he was in Alcatraz prison (the manuscript of which White himself bought at auction). The notorious gangster rhapsodised: “You thrill and fill this heart of mine / With gladness like a soothing symphony.” This curiosity seems a fitting ending to a wild and weird album that takes you on an exhilarating ride.