Jagwar Ma – Every Now And Then 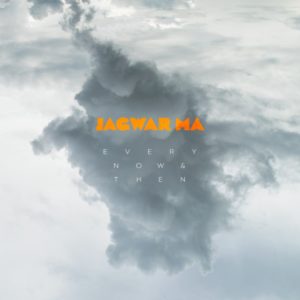 With their 2013 debut album Howlin, Jagwar Ma showed they were not afraid to be exactly what they wanted to be. It can be very easy for up-and-coming bands to compromise their sound in search of quick success, but that was not the case for the Australian trio. The record was a trippy and expansive soundscape that touched on a wide range of genres; a heady cocktail of psychedelic rock, acid, pop and dance.

Perhaps even more impressive, though, was just how confident and assured Jagwar Ma were in their execution of it. They may have gone under the radar slightly due to fellow Aussies Tame Impala – one of several bands (including Foals and The xx) they toured the world with in the past three years – but Howlin demonstrated huge potential and earned Gabriel Winterfield, Jono Ma and Jack Freeman almost universal praise.

Considering how well their debut effort was received then, it is hardly surprising that Jagwar Ma migrated to the same self-built studio on their friend’s farm in rural France to record their sophomore album, Every Now And Then. Yet while the location has remained the same, this is not simply a recreation of Howlin. Instead, it moves the Jagwar Ma sound on significantly by bringing more focus and refinement to it.

This adjustment is evident on single OB1. It features all the characteristics of their earlier material, but there is also a clear directness to its approach. The spiky synths and propulsive beat drive the song along at a rate of knots, before Winterfield launches into the bold chorus: “You warm me up/ you wore me down/ I get the feeling now.” It’s still unmistakably Jagwar Ma, it’s just that the packaging is a little bit different.

Following brief opener Falling, which almost serves as a short recap of what Jagwar Ma are about, comes further examples of the band’s newfound direction. Say What You Feel gets straight to the point, with its twanging guitar hook gradually evolving into a shuffling beat and searching synths as Winterfield yells “Pride has no place in this room”, while Ordinary is arguably one of the record’s highlights thanks to its punchy delivery.

Lead single Give Me A Reason is another prominent moment. Coming in at just over seven minutes long, the sprawling effort has a clarity that was often absent on Howlin, where Winterfield’s vocals were sometimes wrapped up in reverb. That’s not to say Jagwar Ma have lost their Madchester edge – because there is still plenty going on in the background – but it does feel more ordered and less prone to going off in random tangents.

Change is not always good, though, and it does occasionally produce mixed results on Every Now And Then. Batter Up revolves around a repetitive clapped beat and unfussy synth melody that gets swallowed up by Winterfield constantly calling out the track’s title. Then there’s the harsh synths of High Rotations, which are sure to be divisive due to their ear-piercing nature, as Jagwar Ma continue to push the boundaries of their sound.

As the conclusion comes into sight, they get themselves back on track with Slipping, with its swirling synths and scattergun beat, while penultimate track Don’t Make It Right is probably one of a select few that could have seamlessly slotted into Howlin. Mesmerising closer Colour Of Paradise is even better, showing just how broad Jagwar Ma’s musical palate can be when they explore it fully, as they dabble in dancefloor-ready synths.

Despite its flaws, Every Now And Then is a solid follow up. It may be lacking in genuine standout moments – the infectious choruses from tracks like Come Save Me, Man I Need and Uncertainty are noticeably absent – but as an overall listening experience, it is a fascinating journey. As with Howlin, the glimpses of brilliance are there in spades, but Jagwar Ma haven’t quite worked out how to unlock their full potential quite yet.