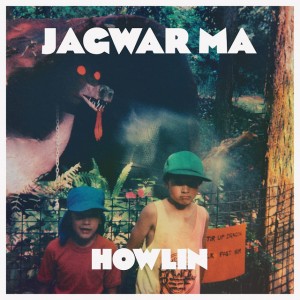 Following the massive hype that surrounded the return of The Stone Roses last year, it was only a matter of time until a band in the same mould appeared. With their vast array of trippy effects and psychedelic sounds, Sydney duo Jono Ma and Gabriel Winterfield, better known as Jagwar Ma, are considered to be just that. Yet, while there are clear similarities with the Manchester four-piece, Jagwar Ma are much more than just revivalists.

Recorded in a secluded town in the north of France, with just an 808, a Fender jaguar, a laptop and a pair of vintage Neve console channels, Jagwar Ma’s debut album, Howlin, could quite easily become this year’s ‘go to’ summer record. From start to finish, it is a record that develops big pop hooks underneath layers of swarming synths, laid back beats and psychedelic guitar riffs.

Nothing better defines the sound of Howlin than the engrossing single Man I Need. The song combines acid house synths, dub beats and an intoxicating guitar riff, as Winterfield’s vocal casually saunters over the top. “You’re not the man I need, you’re not the man I need/ well, let me show you baby just all the man I can be,” he sings, before the song breaks into a celebratory, Primal Scream-esque conclusion.

The album kicks off with What Love, a song that follows closely in the footsteps of fellow Aussies Tame Impala, with crunching synths and pedal effects creating a heady, psychedelic glaze. The blissed-out sound continues on first single, The Throw, another sprawling, epic of a song that almost wanders in with a careless abandon, before drifting off again on sea dazed synths and a funky beat.

While many of the tracks on Howlin are busy – formed by a number of different elements coming together – it is a formula that creates cohesion throughout. The best example of this is the addictive Exercise, which is the extended version of Man I Need. The song is essentially a big, grooving jam that evolves into a piano breakdown, sucking you in with its tribal beats. It couldn’t be anymore Primal Scream if it tried.

Yet, among the depths of psychedelic synths and swirling riffs, there are also occasional moments where Jagwar Ma peel back the layers, including the infectious and repetitive Come Save Me. There’s still enough going on to keep you thoroughly entertained, but it also draws heavily on The Beatles at their catchiest best. Then there’s Let Her Go, another ’60s influenced track with a straightforward guitar riff backing a confident vocal.

For the most part, Howlin does play it fairly safe, but experimental flashes – such as the completely left-field techno dance track Four – suggest that Jagwar Ma have much more to their repertoire. However, the duo sound most comfortable on their debut when they play loosely with their pop formula, such as on That Loneliness. The song is sure to become a festival favourite this summer, with a jaunty guitar riff combining with Winterfield’s heavenly vocal.

Overall, Jagwar Ma’s debut demonstrates just how strong the music coming out of Australia is at the moment. Howlin is an intoxicating first showing from a band with bags of potential and, although it loses its way somewhat towards the end, it is brimming with the confidence of a vastly more experienced band. Tame Impala may be leading the way for bands from Down Under at the moment, but if Howlin is anything to go by, Jagwar Ma will not be far behind.