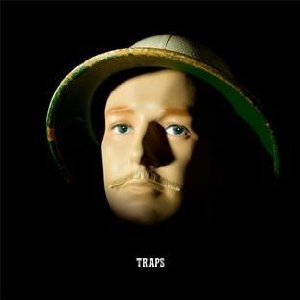 There seems to be an affinity amongst some indie bands towards more commercial rock/pop music. With Metronomy championing Britney Spears, and a new compilation released of Fleetwood Mac covers by artists such as MGMT, Best Coast, Haim and The Kills, a more accessible approach is in evidence; music can be credible regardless of record sales or genre, as long as it’s good.

Contemporary indie bands’ own music is often rooted in pop, but sounds as though it may have been sent through some sort of lo-fi screening test to make sure that it is suitably alternative, even if the songs themselves are written in a commercially viable vein. This is particularly evident on the latest effort by Jaill. Released courtesy of bastions of the alternative Sub Pop, Traps is unashamed verse/chorus/verse/chorus with lyrics that would not be out of place in a mid-’90s teen movie. And for the most part it’s also pretty good.

Nowhere is this more evident than on opener Waste A Lot Of Things. The opening riff is a nugget of catchy West Coast jangle with a sludgy overdrive that roots it firmly in lo-fi sensibility. The vocals are uplifting and concise, with a firm pre-chorus working smoothly into a structural successor. This track is written with a pop formula present from start to finish. Horrible Things (Make Pretty Songs) is an acoustic track that combines uplifting, lilting guitars and percussion with lyrics that detail the break down of a relationship. Short and succinct, the track, as the name suggests, is one that juxtaposes damaging emotional upheaval with hooks that suggest otherwise. Safe to say that all the tracks on Traps are pretty succinct, with only about half reaching the three-minute mark.

This makes for a decent album. There are no walls of sound, or abstract solos recorded backwards; it is just straightforward tunes. The album’s midpoint, House With Haunting, bears witness to slightly bluesy pop reminiscent of The Lovin’ Spoonful; the vocals are wonderfully retro, the reverb adding a psychedelic edge, whilst the organ and lead guitar remind the listener that Jaill are probably more than familiar with the Nuggets compilations.

Yet the album does little to overtly inspire. The tracks are good, never great, and follow in a similar vein to one another. There are two types of tracks: ‘electric’ or ‘acoustic’, and they all seem to follow the same formula to the point of irritation. It is on occasion too much of an easy listen.

A decent effort, Traps does certainly what is says on the tin. The formulae seen here are so warm and familiar that is difficult not to like it for the most part; it practically traps the listener with nostalgia. With the recent break up of Girls, there is certainly an opportunity for Jaill to take the mantle of derivative, vintage pop rock, but they are not quite there yet.