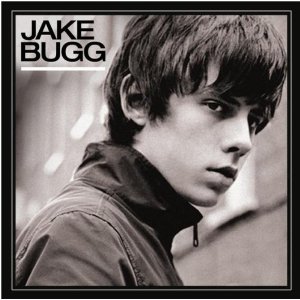 There was a time when wearing influences not so much on their sleeve but pinned boldly on their chest was not a problem for musicians. The Beatles‘ earliest releases were stuffed with covers and the Rolling Stones even accepted a Lennon/McCartney composition – I Wanna Be Your Man – to give them a leg up. Both bands were shameless in their reinterpretation of moves and sounds from American r’n’b acts.

But in recent times, synthesising your influences so obviously has been sneered at. Noel Gallagher has spent his entire career being belittled for a love of the Beatles and a sneaky penchant for pastiching Slade as if writing populist, anthemic songs is a terrible crime.

It’s no surprise that Noel has declared himself a fan of 18-year-old Jake Bugg, who joins the older Gallagher brother’s High Flying Birds as the support act on their upcoming European tour. Despite denying he’s ever listened to much Bob Dylan – appropriately he’s more familiar with Donovan, who was dissed for being a bit too much like Bob – Bugg is undeniably under the spell of a folk flecked ‘60s sound. Thankfully, his debut doesn’t feel like poor pastiche but rather the joyous tribute of a teenager with the necessary chops.

There’s a commendable sparseness to the production on Bugg’s debut. Without knowing their provenance, several songs on the record could be mistaken for forgotten cuts from the late-’50s or early ’60s. It’s the lyrics that betray their 21st century conception with Bugg warbling that he’ll “skin up a fat one/hide from the feds…” (Two Fingers) and recalling “one Friday night, I took a pill or maybe two…” (Seen It All).

That ability to spin a yarn puts Bugg squarely in the kind of lyrical territory Alex Turner began with on the Arctic Monkeys’ debut. With an assured touch, he paints a picture of violent stabbing on Seen It All, its chorus radiating the kind of faux-world weary assurance and arrogance you’d expect from someone in their late teens. When the music suddenly drops leaving just the vocals and quiet guitar, it’s a smart trick, the bravado extinguished as Bugg admits: “I’ve seen the light/but not the kind/I would have liked”.

There are all sorts of echoes across this record, a hint of Lee Mavers’s melodic sense from The Las, a snatch of bassline that recalls Cockney Rebel at their most rambunctious and on the opening track, Lightning Bolt, Meryl Haggard and Johnny Cash after a big one in Nottingham city centre. Meanwhile on the gently strummed and philosophical numbers, Bugg ties himself into the kind of contemplative knots in which George Harrison specialised towards the end of The Beatles and at the start of his solo career: “Memorised the mantra Confucius said but it only let me down.”

Though the tone of the album is consistent, there is variety across the tracks. Broken, a delightfully nuanced and heartbroken love song, sits comfortably beside Trouble Town, the most consciously (or unconsciously as Bugg would have it) Dylanesque track, with its twitchy tour around “speed bump city where the only thing that’s pretty is the thought of getting out”. Months after the song debuted online generating press attention for Bugg, its directness and energy is still striking.

There are moments when Bugg’s rhymes feel heavy-handed, but the enthusiasm and passion that comes through in his vocals combined with his beautiful guitar playing lifts even the awkward moments far from doggrel. While his style, on first listen, pulls Jake Bugg out of time, his storytelling roots him thoroughly in modern Britain. It’ll be a sad day when relying on an acoustic guitar to get your point across is written off as old-fashioned, and though this album might seem straightforward at first glance, there’s plenty of complexity to be mined from these 14 songs. Bugg will only get better.