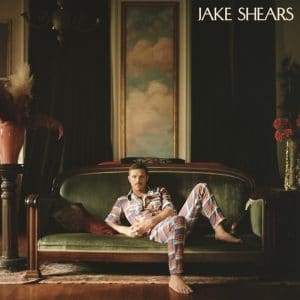 Having burst onto the music scene over 15 years ago, Scissor Sisters frontman, frequent Tiga collaborator and LGBTQ+ icon Jake Shears has had a long run-up to his debut self-titled solo album. He has dabbled in house music in recent years, guesting on Avec’s Disappearer and Nervo’s The Other Boys, and this year broadened his showman repertoire further by making his Broadway debut in Kinky Boots just months ahead of releasing his memoir, Boys Keep Swinging.

For this record he’s gone with a rootsy style, with help from – among others – the band My Morning Jacket. The instrumentation is lush, approaching baroque pop in places, and many of the songs feature unpredictable progressions and detours led by Shears’ theatrical writing. Mr Hudson, who appeared on stage at Shears’ testing-the-waters Heaven show, co-writes some of the more poppy tracks, among them Big Bushy Mustache and Clothes Off.

The lovelorn ballads on a pop album are often the dirges to skip over, but Shears also has his interesting take on them. Everything I’ll Ever Need begins with slow piano chords and lyrics concerning a breakup that has left Shears lost and confused, but the hook strikes a defiant note as he asks “Why keep waiting on your affection? Love’s inside of me / I’ve got everything I’ll ever need”. The track then moves to an incongruously jaunty country vibe for the second verse before sliding back into power ballad territory. It’s a real oddity but all the better for it, and a highlight of the album.

When looking to Shears’ past work, the reference points for this album’s production are much more Laura and I Don’t Feel Like Dancin’ rather than Comfortably Numb or Filthy/Gorgeous. Sad Song Backwards has the same central conceit as I Don’t Feel Like Dancin’: a cheery sounding song that has distinctly un-cheery subject matter, with its steady 4×4 beat and catchy hook confirming it as a spiritual successor to the 2006 hit as the lyrics prove to be even more of a contrast.

Fellow Scissor Sisters member Babydaddy joins Shears for two very different songs, S.O.B. and The Bruiser. The former is an infectious funk track about having “sex on the brain”, big riffs and syncopated string lines with a massive guitar solo. The latter is more experimental, as a distant drum machine loop builds to a 6/8 groove with an occasionally dissonant melody and a solo that plucks the strings inside a piano. Unfortunately this experimentation is not happening around a particularly memorable song, and its position as the longest track on the album is sadly not earned.

Mississippi Delta (I’m Your Man)’s explosive hook and impressionistic lyrics (“Can we ever be sure life ain’t a detour? / Every river bends, the Amazon and Thames and Tiber”) are the best way to end the record, an earworm that speaks to the album’s creation in the state of Kentucky and a sound bed as multi-layered as we’ve come to expect from Shears’ work to date. The drums drop out, brass instruments shamble over each other and its gentle keys reverberate into silence, bringing to a close this dynamic record packed full of surprises and great hooks. This is a fitting debut for a man who to many needs no introduction.