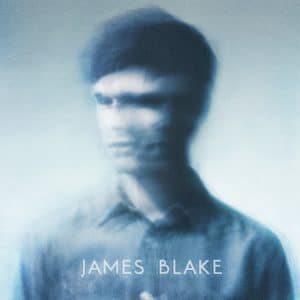 James Blake is a 22-year-old Goldsmiths graduate who drew increasingly effusive acclaim during 2010 through the release of three excellent EPs: the fractured, disorientating The Bells Sketch, the Kelis– and Aaliyah-sampling CMYK, and the desolately beautiful Klavierwerke.

Although those EPs at times bore little resemblance to any other contemporary music, they were nonetheless co-opted into the dubstep movement through the presence of several of that genre’s signature sounds – helium-esque vocal effects, R&B samples stretched and compressed out of recognition, and rhythms that seemed only to make sense after the event.

Blake could have followed the path of least resistance on his debut full-length by producing a supersized version of those EPs. However, its first single – a cover of Feist‘s Limit To Your Love – suggested that this was not to be the case. On that single, Blake’s voice – previously heard on his EPs only in a heavily distorted form – was shorn of all effects and placed squarely at the centre of the mix. Then, advance word began to trickle out that James Blake’s debut LP would be full of stuff like this: proper songs, melodies and singing. Those things are normally cause for celebration but, coming from the supposed saviour of dubstep, they led to murmurings of discontent among Blake’s online forum-frequenting fans.

But anyone listening carefully to Blake’s Limit To Your Love will have realised it’s no karaoke cover version. To paraphrase that saying so beloved of The X-Factor judges, he’s really made the song his own. Yes, the melody sticks closely to Feist’s original, but he’s added mammoth bass rumbles that could floor entire buildings, while the long, listener-baiting gaps in his arrangement are testament to Blake’s continuing mastery of dead space.

Furthermore, album opener Unluck makes the listener very quickly aware that Blake hasn’t turned into Plan B overnight. Over fluttering, arrhythmic clicking sounds and a four-note synth pattern that gets gradually louder, Blake sings an insouciant melody, his words rendered indecipherable through various pitch-shifting distortions. It sounds just as weird as it reads.

Things get slightly more straightforward on The Wilhelm Scream, which is based around a sweet vocal hook that could have been pulled from a Luther Vandross record. That hook is looped over and over again over the top of billowing synth noises and barely-perceptible electronic pulses before it’s eventually subsumed by a barrage of harsh static noises. It’s gorgeous and it’s the sound of a producer at the very top of his game.

On Lindesfarne II, Blake’s voice is processed like that of Laurie Anderson on her 1981 single O Superman. That track, along with I Never Learned To Share – a tale of sibling disharmony based around the line “My brother and my sister don’t speak to me / But I don’t blame them” – and the closing Measurements bear the comforting, incantatory feel of gospel music. The latter also bears a more-than-passing resemblance to Bon Iver – perhaps the last thing one would have expected from Blake when The Bells Sketch was released last spring.

Despite its many qualities, this album will inevitably disappoint those who had their hopes pinned on Blake producing the definitive instrumental dubstep masterpiece. For those intransigent souls, there will always those three EPs to listen to. Everyone else can feel free to luxuriate in the wintry delights of this fine record.